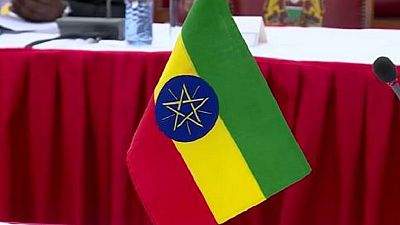 The Patriotic Ginbot 7 (PG7) party in Ethiopia does not exit less than a year after its activities were regularized by the Prime Minister Abiy Ahmed-led administration.

The group until July 2018 was considered a terrorist organization by the government. Parliament voted to lift that label on the group and others like the Oromo Liberation Front (OLF) and the Ogaden National Liberation Front (ONLF).

The state-run FBC reported on Thursday that PG7’s General Assembly had disbanded it for the sole purpose of forming a new party. The FBC report said its senior members in the persons of Andargachew Tsige and Ephrem Madebo, had quit their positions because they held foreign passports.

Under the Abiy administration, Andergachew Tsige was pardoned despite being on death row. Abiy also met leader Berhanu Nega during a visit to the United States in August.

The new party to which PG7 is allied is the Ethiopian Citizens for Social Justice. The privately-owned Addis Standard said it was formed out of 7 parties including PG7. The other six have also dissolved their parties, the Addis Standard added.

Ethiopia is expected to hold keenly awaited polls next year, a process that is seen as one of the toughest tests for PM Abiy.

Political and security watchers have opined that the government must be forthcoming with concrete preparations for the vote whiles cautioning that the right ground work will be needed to ensure a free and credible process, something Abiy has repeatedly committed to.

The elections body has a new head in the person of Birtukan Mideksa, a former judge and opposition voice. Experts are warning that the government must also look to securing the mass displaced populace.

Earlier in June 2018, PG7 announced a unilateral ceasefire – suspended all armed operations – with the view to engage in peaceful struggle. They returned to Ethiopia from their base in Eritrea in September 2018.