This comes after the company’s first half profits dropped 86% to $62 million.

The CEO, who attended the 26th edition of the Arabian Travel Market in the UAE, told Euronews: “We should wait until May 9th to announce those (annual) results, but I’m happy to say that we’re going to have a positive result.”

Currency fluctuations and surging fuel costs heavily impacted Emirates’ half-year profits, and when asked where he wanted the price of oil to be, the airline boss said:

“Anything below $60 (per barrel) will be good for us, but we cannot control the market. We’re not talking about hedging today, as we speak, but we leave that option open.”

His Highness also said that he remains upbeat about the current business climate, despite challenging regional factors.

“I’m always optimistic about the future,” he said, “Even with what is going on around us, within our area, from the weather to politics.”

Sheikh Ahmed went on to rule out any impending airline acquisitions, including a tie-up with Etihad Airways of Abu Dhabi. 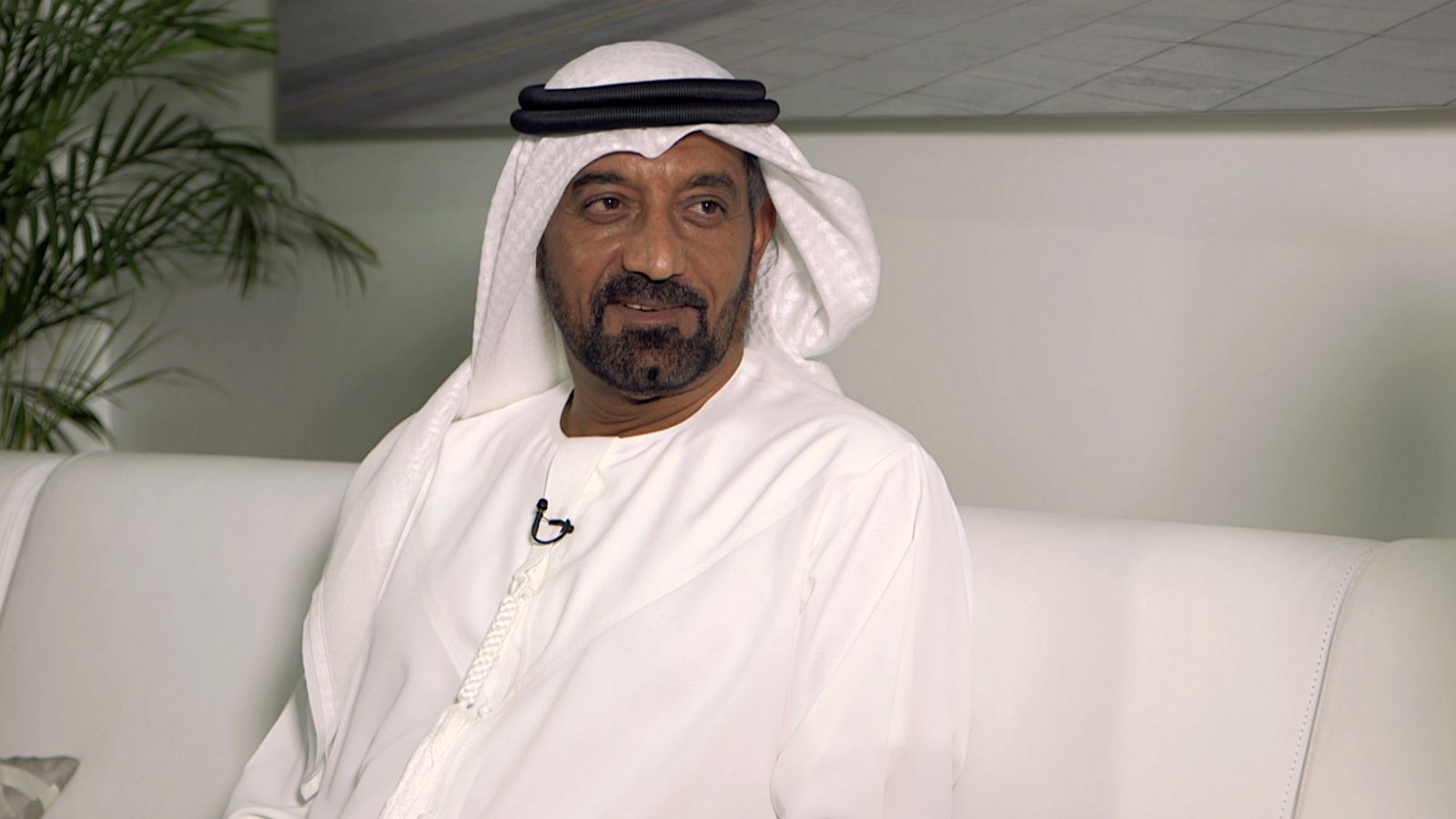 The Emirates chief, who is also Chairman of the low-cost operator FlyDubai, said he would seek compensation from Boeing for the 14 grounded 737 Max jets, following two fatal crashes involving the model with other airlines.

He added that, communication from Boeing’s side “could be better”, and the current situation presented an opportunity to talk to rival Airbus.

Emirates has the world’s largest Airbus A380 fleet, however, following a cut in orders earlier this year, Airbus announced that it would cease manufacturing the superjumbo in 2021.

Sheikh Ahmed told Euronews that Emirates Airline had given, “support to the A380 programme from day one,” adding that his airline intended to keep flying its inventory of double-decker planes, “even after 2030.”

He said that it was inevitable they would also add smaller aircrafts to their fleet, which may include the A350, A330 or Boeing’s 787 model.

The southern runway at Dubai International (DXB), the world’s busiest airport, has been closed for 45 days since April 16.

His Highness remarked that the upgrade, and flight reductions of around 20%, would have inevitable financial knock-on effects.

Emirates urges customers departing DXB to arrive early during the Southern Runway closure from 16 April to 30 May. Emirates has extended the opening time of its gates to provide ample time for customers to board their flights. https://t.co/WMxPPtJN1u pic.twitter.com/MOuhOhSQ28

“Yes, it will be a bit of an impact,” he said, “But it’s something that we have to do every ten years to be able to continue for the next ten years. I’m glad to say that things are going very well in this regard. So, we’ll be on time.”

When it comes to technological advancements that might disrupt the travel sector, Emirates’ CEO believes, like many, that the much publicised 5G will be a game-changer.

“We need to be able to do things much faster than we used to ten years back, and this is something that we are betting on,” he told Euronews. “Everybody looks today into 5G and what exactly will happen with that transformation.”