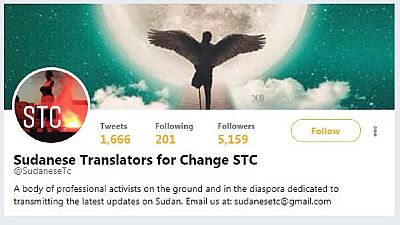 Sudan continues in its state of political uncertainty with a mass protest movement on one hand and the Transitional Military Council, TMC, on the other hand.

The country is seeking a way out of the crisis occasioned by the forced resignation of long-serving leader Omar al-Bashir. After months of sustained protests, Bashir was ousted by the military on April 11.

He is currently being held in solitary confinement in a Khartoum maximum security prison, Kobar. The protesters that downed Bashir are still on the streets in what they say is a mission to protect the revolution.

Many different people and groups played varying roles in the events that led to the toppling of Bashir. The lead protest group being the Sudanese Professionals Association, SPA, who are currently engaged with the military in talks for a civilian-led transition.

Beyond the SPA, Africanews has in the past told the story of Boushra the Cartoonist, an amateur artist who tld us in an exclusive interview about his pride in contributing to the uprising despite doing so part-time and away from home – in Saudi Arabia where he works as a project manager.

The Sudanese Translators for Change, STC, is another group that continues to support the revolution in a special literary way, as their name implies, they specialize in translating text related to the uprising.

Africanews interviewed one of their leaders who gave us an insight into their mission, plans and perspectives on the ongoing situation. We produce a first of a two-part series on the activities of the STC.

The main aims of STC and when was it formed?

STC is a network that offers translation and language support to the Sudanese social and political forces active in the struggle for peace, democratization and social change.

Our immediate priority is to lend support to the professional and political alliances that lead the uprising on the ground while exposing any acts of human rights violations in our country.

Another goal is to attract regional and international attention to the ongoing Sudanese uprising by translating all relevant media and social media materials from Arabic into other languages, mainly English.

We also translate into Arabic all materials we find necessary for the Arabic speaking audience. Besides translation we write articles, stories and opinion pieces, as needed, to help mobilize regional and international public opinion as an integral part of our advocacy role.

STC was launched in mid-January 2019, about a month after the breakout of the Sudanese uprising on December 19th, 2018. It was formed on the initiative of four founding members and currently its membership has grown up to more than 40 members.

Which category of people are engaged in the affairs of STC?

Most of them have never known or communicated with each other before the establishment of this translation project dedicated to providing technical and language support to the ongoing uprising. That’s why it holds the name “Sudanese Translators for CHANGE”.

This in itself, is uniquely and truly part of the Sudanese character. All STC members are dedicated to voluntary work. Workflow and delivery schedules are based on time zone differences as we continue to operate from around the globe.

Apolitical posture but with support for political forces

STC is not a political forum to give its own insight on this matter. However it supported the end of the Bashir presidency and still supports the SPA and its DECLARATION OF FREEDOM AND CHANGE document issued in Khartoum January 1st 2019.

The document had 22 signatories back in January, among which are the Sudanese Professionals Association (SPA) and the Alliance of the National Consensus Forces (ANCF), Sudan Call Forces and others. The declaration serves as the widest umbrella of unity of all Sudanese opposition forces.

Not just Bashir but the system he has put in place

STC welcomed the ousting of Al-Bashir, which is a political fact now, but concluding his administration as well. Why is that?
Sudan was hijacked under Bashir and is in dire need of rebuilding upon the pillars of freedom, peace. democracy, the rule of law and a citizenship rights-based state.

Like SPA, STC says the military trying to stay in power in a transition arrangement will at best be a mere case of cosmetic repairs and CHANGEs by the military junta. It has sabotaged the country in every possible sense, and it cannot be part of any remedy or future solutions. It just has to go in its entirety.
It’s not without a reason that the most resonating slogan of all Sudanese protesters across the country is “Just Fall… That’s All” or “Tasqut Bass” in Arabic.

Meanwhile president al-Bashir continued to feature as an unrivaled destabilizer of his own country. Under his divide and rule policies, Sudan, once the largest country in Africa, split up into two non peacefully co-existing neighboring Sudans.

STC holds that civil wars that continued relentlessly in three other major regions: Darfur, the Nuba Mountains, and the Southern Blue Nile, were creations of Bashir despite having the potential of risking more secessions and fragmentation.

How easy is the task of informing about the uprising?

We respond to requests from civil society umbrellas and political alliances for translations based on first-come, first-served basis. We translate full texts and summaries of material published on Sudan in international media outlets with full respect of the rights involved.

Additionally, we develop and post real time bilingual or trilingual updates on the developments on the ground aiming at informing regional and international policy-makers, media and public opinion.

Major challenges and risks for STC

Among the major challenges we face in our work are handling a huge volume of work depending on part-time effort and participation, as well as keeping up with the rapid political developments taking place on the ground which requires provision of real time coverage.