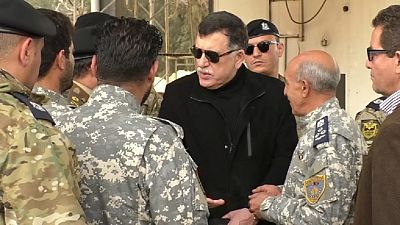 Eastern Libyan forces bogged down in street battles in a push to seize the capital Tripoli deployed warplanes on Friday to hit two government positions as more civilians fled fighting.

The Libyan National Army (LNA) force of Khalifa Haftar advanced on the coastal city of about 1.2 million people a week ago in the latest conflict of a cycle of anarchy since the 2011 overthrow of dictator Muammar Gaddafi.

But armed groups loyal to Prime Minister Fayez al-Serraj’s internationally-recognized government have so far kept them at bay, with fierce fighting round a disused former airport about 11 km (7 miles) from the center.

On Friday, an LNA warplane bombed the camp of a force allied to Serraj in Zuwara, west of Tripoli towards the Tunisian border, an LNA military source and residents said.