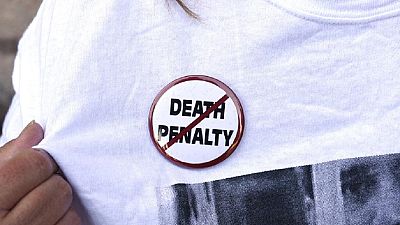 Five African countries applied the death penalty in 2018, a report by international rights group Amnesty International revealed on Wednesday. Of the quintet, four were in sub-Saharan Africa and one in north Africa region.

Egypt was the only country up the Sahara to apply the measure. They are classed in the Middle East and North Africa, MENA, region; according to the report.

In Sub-Saharan Africa: Botswana, Somalia, Sudan and South Sudan used the measure. Somalia being the main user due to the incidence of terrorism related crimes by military courts against Al-Shabaab insurgents.

As numbers dropped in Somalia, they were on their way up in South Sudan, the report said. Most of these sentences were related to violent crimes amid a country embroiled in a security crisis.

Most African countries still have the death sentence on the law books and judges continue to pass such judgments. They are however not enforced with convicts usually having their sentences commuted to life imprisonment.

Burkina Faso abolished the death penalty for ordinary crimes only, and Gambia established a moratorium on executions and ratified an international treaty committing it to abolishing the death penalty.

Five countries – Egypt, Iran, Iraq, Saudi Arabia and Yemen – were known to have carried out executions, a 50% drop in executing countries.

Iran, Saudi Arabia and Iraq remained the top executing countries in the region, carrying out at least 454 recorded executions between them, 91% of the total number in the whole of the region.