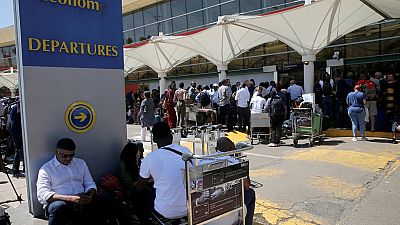 Kenya has closed one departure terminal at the Jomo Kenyatta Airport in Nairobi after a fire sparked by a baggage system malfunction forced authorities to evacuate passengers and staff, the state-run airports operator said on Thursday.

JKIA, as the airport which is the main gateway into the East African nation is known, suffered severe flight disruptions in August 2013 when it was engulfed by another fire.

There were no injuries in the latest incident, which occurred just before midnight on Wednesday, the Kenya Airports Authority (KAA) said in a statement.

“All passengers and staff at the terminal were evacuated safely and the fire contained by the airport’s fire team,” it said.

The KAA did not say if any flights had been disrupted by the incident. Flight operations at the affected terminal had been moved to an adjacent terminal while authorities worked to re-open it, it said.

Apart from the national carrier, Kenya Airways, which uses JKIA as its hub, the airport also serves other airlines including Emirates, Turkish Airways, British Airways and Ethiopian Airlines.