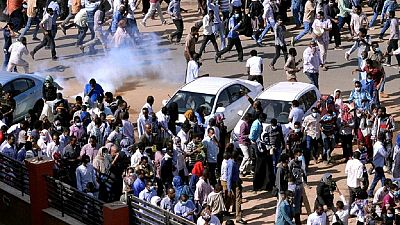 Sudanese information minister says the country is suffering a crisis that is economic in nature contrary to claims that it was in a state of political crisis.

Information Minister Hassan Ismail is quoted by Reuters as saying: “There is no political crisis in Sudan, but there is an economic crisis.” He was responding to accusations of repression by press rights groups.

According to his ministry the state of press freedom in Sudan is good.“Opposition party newspapers are issued in Khartoum and the freedom to demonstrate is guaranteed by the constitution,” he added.

The capital Khartoum was on Monday rocked by protests by journalists demanding press freedom. The government has routinely seized newspaper rolls and arrested local journalists deemed to be critical of government.

Sudan is currently under a state of emergency imposed as part of efforts to quell anti-government protests that broke out in the country since December 2018.

The state of emergency has done little to deter protesters from staging regular rallies. Arrests have been made with emergency courts sentencing people for defying state authority.