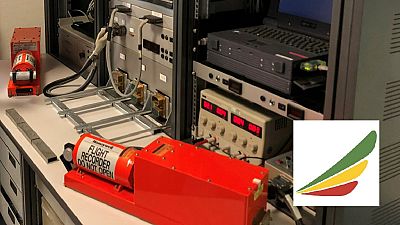 Ethiopian authorities will lead an investigation team into the data contained in the black boxes of the crashed plane that claimed 157 lives earlier this month.

The content of the black-boxes this week returned to the Ethiopian capital Addis Ababa. The next leg of a keenly watched investigation process is analysing the downloaded data.

The boxes also known as flight recorders were retrieved a day after the incident. Due to lack of expertise in downloading the contents they were flown to France – the process was watched by Ethiopian, European and American experts.

The Bloomberg portal reports that concerned parties involved with the matter are gathering in Ethiopia to ascertain the exact cause of the ET302 crash in Bishoftu eleven days ago.

Bureau d’Enquetes et d’Analyses, BEA, the Paris-based civil aviation safety body that helped download the data said it was sending three investigators to help in the process even though all analysis was to be carried out by Ethiopians.

Aside the Ethiopian and BEA teams, experts from the United States’ Federal Aviation Authority, FAA, the U.S. National Transportation Safety Board and plane manufacturer Boeing have also been invited to partake.

Pressure has over the past week been mounting on Boeing after the crash. In a matter of days, the world grounded all of the Boeing Max 737 8s that were in operation. The company’s shares also tumbled on the stock market.

Boeing is currently the subject of federal investigations along with its regulator, FAA, who have partly been blamed for doing a poor job in the certification process of the now controversial jets.

The Ethiopian crash came five months after a similar one suffered by Indonesian operator Lion Air, that flight had 189 people on board. Initial commentary have suggested that there were clear similarities between the two accidents. Initial results of the Ethiopian crash is expected in 30 days.