Nations sign deal to cut single use plastics by 2030

The international community seem to be listening to calls for climate action. On Friday, they took a crucial step in Nairobi Kenya as they signed an agreement on a significant reduction in single-use plastic by 2030.

The 170 member countries of the UN Environment Assembly in a statement indicated their commitment to address the damage caused to ecosystems by the unsustainable use and disposal of plastic products.

But environmental advocates see this pledge as insufficient to resolve the issue of pollution in the world.

The assembly’s final communiqué makes only two references to man-made global warming but none to the fossil fuels that drive it.

Nonetheless, President of the UN Environment Assembly, Siim Kiisler, welcomed the signing of the first universal agreement on reducing the use of plastics, of which more than 300 million tonnes are produced each year. 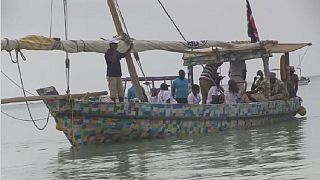