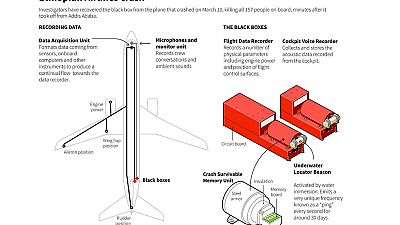 There is a back and forth regarding investigations to unravel the exact cause of the March 10 Ethiopian Airline crash in the town of Bishoftu in the Oromia region.

The flight recorder, more popularly referred to as the black box, was found 24-hours after the crash, with confirmation from the airline and state media outlets.

On Wednesday, Ethiopian’s CEO hinted in an interview that the black box was due to be taken to Europe for analysis given that Ethiopia lacked that expertise.

This is a new type of aircraft with a new black box, with new software. We can't do it.

Later on, an airline spokesperson confirmed to Reuters news agency that the country in question was Germany.

“This is a new type of aircraft with a new black box, with new software. We can’t do it,” BFU spokesperson Germout Freitag told the media.

Many industry watchers had expected the airline to hand the black box over to the plane manufacturer, Boeing. Others said it was better to have an independent player analyze the data.

France opts to do what Germany rejected

The French announcement resolved uncertainty over the fate of the two recorders after Germany’s BFU said it had declined a request to handle them because it could not process the new type of recorder used on the 737 MAX jets, in service since 2017.

The BEA is one of the world’s most active air crash agencies alongside the National Transportation Safety Board of the United States and has laboratories at its Le Bourget headquarters.

Three days after the accident in Ethiopia and in the wake of global ‘blacklisting,’ the United States finally ordered the grounding of all Boeing 737 Max 8 and 9 jets.

Industry experts had long speculated that it was only a matter of time before the US Federal Aviation Administration, FAA, made the order.

Boeing had in earlier statements stressed that it was not going to suspend
the production and that it trusted the safety of the jet. In a March 13 statement, Boeing said it respected the FAA’s latest decision. 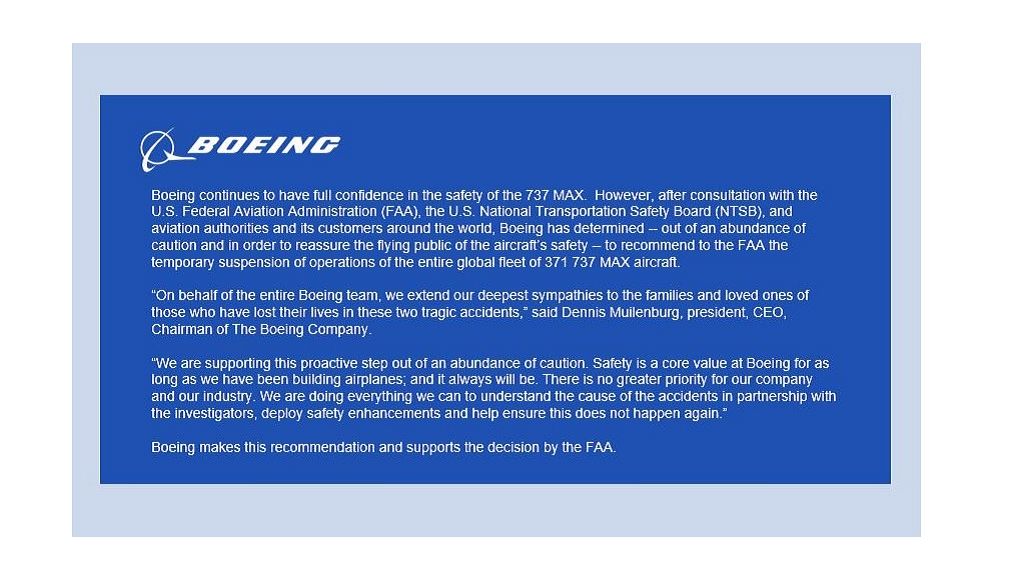 #FAA statement on the temporary grounding of Boeing 737 MAX aircraft operated by U.S. airlines or in a U.S. territory. pic.twitter.com/tCxSakbnbH

The Trump administration is grounding Boeing's 737 MAX 8 airliners, in a reversal that comes after dozens of other countries and foreign-owned airlines sidelined the jet following two fatal crashes in Indonesia and Ethiopia pic.twitter.com/igrYMW7JUR