More grounding, Software update and US endorsement of Boeing aircraft

As investigations into the cause of the Ethiopian Airlines crash continue, the questions surrounding the safety of the Boeing Boeing 737 MAX aircrafts have triggered some reactions from airlines, aviation regulators and the world’s biggest plane maker itself.

Visit our page dedicated to updates on the ET302 crash

Since Monday several airlines including from Indonesia, China, Morocco, Singapore and Ethiopia have grounded their fleets of the Boeing 737 MAX planes.

The United States aviation regulator on Monday said it would task Boeing to implement design changes by April.

The FAA also said Boeing will “update training requirements and flight crew manuals to go with the design change” to an automated protection system called the Maneuvering Characteristics Augmentation System or MCAS. The changes also include MCAS activation and angle of attack signal enhancements.

The FAA said in the notice made public that external reports are drawing similarities between the crashes in Ethiopia and Indonesia. “However, this investigation has just begun and to date we have not been provided data to draw any conclusions or take any actions,” according to the Continued Airworthiness Notification to the International Community for Boeing 737 MAX 8 operators.

Boeing later confirmed the directive by the Federal Aviation Administration (FAA), saying it will deploy a software upgrade across the 737 MAX 8 fleet “in the coming weeks”.

The company confirmed it had for several months “been developing a flight control software enhancement for the 737 MAX, designed to make an already safe aircraft even safer.”

In defence of Ethiopian Airlines

Addis Ababa airport is a wonderful world of its own & a crossroads of the world with flights to & from everywhere. I’ve trusted flyethiopian with my life many times & will again. Here’s what we know of some of the lost lives: https://t.co/dpz9wduTuw

I am profoundly saddened by the news of the crash involving flyethiopian, one of the world's most successful and efficient Airlines. On behalf of the Govt & people of Nigeria, I extend sincere condolences to PM Abiy Ahmed of Ethiopia, and to all the countries that lost citizens.

LIVE: Let’s be clear, FlyEthiopian is an incredibly safe & trusted airline. This is not an airline with a “poor safety record” as the presenter said. #ET302 pic.twitter.com/jHAGqQLUSB

The United Nations has described Sunday’s crash of an Ethiopian Airlines passnger plane as catastrophic, after it suffered one of its biggest losses.

Michael Moller, director-general of the U.N. European headquarters in Geneva, told a minute of silence, where some 150 personnel gathered:

“It is one of the biggest catastrophes we have had in years”.

The International Organisation for Migration (IOM), in a statement on Sunday night, gave a preliminary toll of 19 people from at least five U.N. and affiliated agencies, including the IOM, among 157 victims. 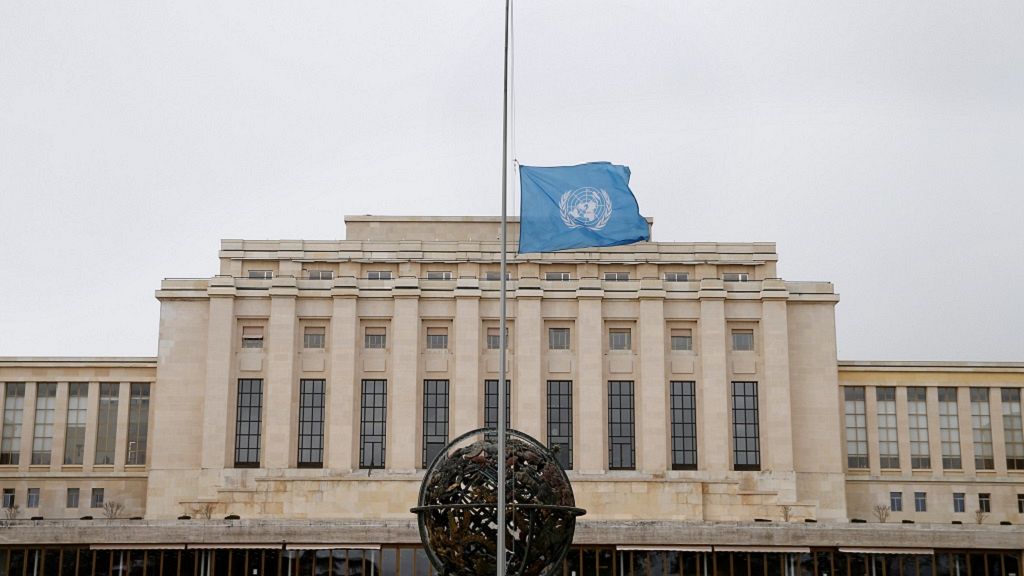 Investigators in Ethiopia have recovered the black box of the ill-fated Ethiopian Airlines plane that crashed on Sunday, killing all 157 people on board.

The digital flight digital recorder has also since been recovered, according to a statement from the airline.

Te Ethiopian Airlines passenger jet bound for Nairobi crashed minutes after take-off, killing all 157 people on board, raising questions about the safety of the Boeing 737 MAX 8, a new model that also crashed in Indonesia in October last year.

In a statement posted on its official social media accounts, Ethiopian Airlines said it was grounding the 737-8 fleet until further notice, as an “extra safety precaution” even though it did not know the cause of Sunday’s crash.