Computer scientists must take over, 'pilots no longer needed' – Trump 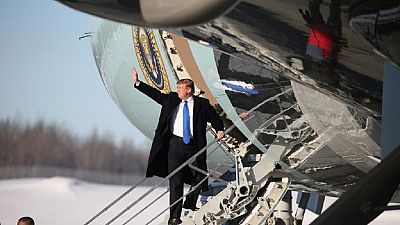 President of the United States, Donald Trump, has finally commented on airline safety since March 10 when an Ethiopian Airlines crash thrust the issue to the fore.

According to Trump, the contemporary complexities of flying planes meant that rather than pilots, computer scientists were better placed to be in the cockpit.

“Airplanes are becoming far too complex to fly. Pilots are no longer needed, but rather computer scientists from MIT. I see it all the time in many products. Always seeking to go one unnecessary step further, when often old and simpler is far better.

“Split second decisions are needed, and the complexity creates danger. All of this for great cost yet very little gain.

“I don’t know about you, but I don’t want Albert Einstein to be my pilot. I want great flying professionals that are allowed to easily and quickly take control of a plane!”

MIT refers to the Massachussets Institute of Technology, MIT, one of the US’ most prestigious technology institutions.

The ET302 crashed minutes after take off from the Bole International Airport in Addis Ababa. It was on a scheduled flight to the Kenyan capital Nairobi.

Boeing has said it was going to join efforts at unraveling the real circumstances under which the plane crashed. It is the second incident in 5 months after a Lion Air plane suffered a similar fate.

The plane’s black box has since been retrieved and is expected to give a clear indication of what led to what has become the worst tragedy in the history of Ethiopian, Africa’s leading light in the aviation business.