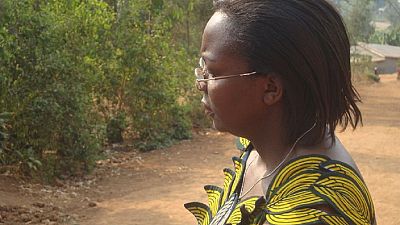 Rwanda’s vocal opposition politician, Victoire Ingabire has called for justice following the death of her party’s spokesperson over the weekend.

While it was not immediately clear how 30-year-old Anselme Mutuyimana had died, Ingabire said witnesses had described men in police uniforms in a red car detaining Mutuyimana in the western Mahoko area.

Mutuyimana’s elder brother Augustin Tubanambazi told Reuters that the body had no visible wounds, but had blood in its mouth.

Twenty-five years after a genocide that killed an estimated 800,000 Tutsis and moderate Hutus, Rwandan President Paul Kagame has won international praise for presiding over a peaceful and rapid economic recovery.

But he has also faced mounting criticism for what human rights groups say are widespread abuses, a muzzling of independent media, and suppression of political opposition. He denies those charges.

READ MORE: Is Rwanda opening up the political space?

Rwandan authorities said they were investigating the death.

“The investigation has started. No suspects so far,” said the spokesman for the Rwanda Investigation Bureau, Modeste Mbabazi.

Several dissidents have been found dead inside Rwanda and in exile in unsolved cases in recent years.

Ingabire, who returned from the Netherlands to contest a presidential election in 2010, had previously served six years of a 15-year sentence for inciting insurrection.

She said another official from her FDU-Inkingi party, Jean Damascene Habarugira, had been found dead two years ago and the crime had never been solved.

Police did not return calls seeking comment on that report.