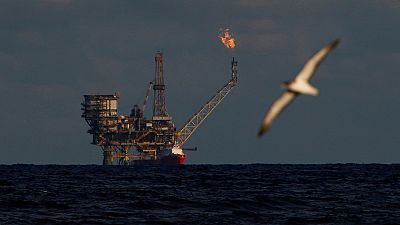 On Thursday, the European Central Bank warned of continued weakness in the euro zone.

Soaring crude production in the U.S. has offset output cuts led by OPEC.

According to analysts, onshore shale production is fueling that production growth.