The United Nations human rights chief warned on Wednesday that Cameroon risked falling into further violence if the government did not act to stop hate speech by politicians and heavy-handed tactics by security forces.

The statement comes after cautionary statements from Cameroon’s allies including the United States and the European Union, over the government’s response to protests and the secession movement in the English speaking regions.

Long-running tensions have erupted into conflicts with separatists in the southwest and Islamists in the northwest, prompting crackdowns by security forces and leaving 1.3 million people in need of aid, according to the United Nations.

It is essential that steps be taken now, to de-escalate the increasing crisis in the country, and prevent a further descent into violence.

A United Nations rights committee last month noted “the heavy-handed approach of the security forces to the crisis … including destruction of medical facilities, schools, essential infrastructure and entire villages”.

“I am also concerned by alarming instances of hate speech, including by political leaders, as well as serious restrictions on the political space, with prosecutions in a military court of a number of members of opposition parties,” said the High Commissioner for Human Rights, Michelle Bachelet.

“It is essential that steps be taken now, to de-escalate the increasing crisis in the country, and prevent a further descent into violence.”

On Monday, the US assistant secretary of state for African affairs, Tibor Nagy criticised the ongoing detention of Cameroon’s opposition leader, Maurice Kamto.

Kamto and more than 150 supporters were arrested in January after taking part in anti-government demonstrations, and are being tried in military courts for charges including ‘hostility to the homeland’.

Nagy told Radio France Internationale that Cameroon would be “very wise” to release Kamto because his detention is widely perceived as politically motivated, despite the government’s claims to the contrary.

On Tuesday, the European Union added its voice to criticism of Cameroon’s treatment of the opposition activists.

EU foreign policy chief Federica Mogherini criticised the arrests and what she called the military court’s “disproportionate” proceedings against them.

“Hostility to the homeland” is punishable by death in theory, though no one has been executed in Cameroon for more than 30 years.

Mogherini also lamented the “deterioration of the political and security situation in Cameroon”.

“The defence and security forces have remained highly professional in their behaviour despite aggression against them by Boko Haram (militants) and barbaric attacks by so-called separatist armed gangs,” he said.

Accusations of violations by security personnel were being investigated “diligently” and would be punished, Mbella added. 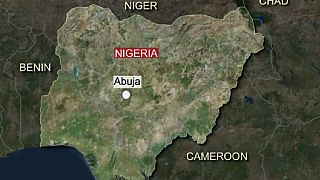 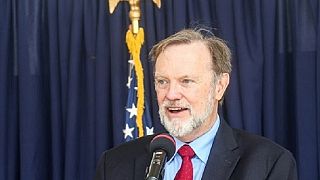 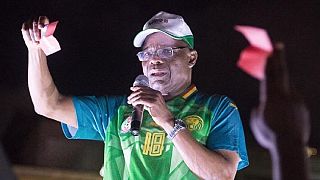