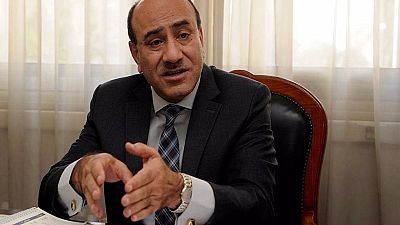 A military court of appeal on Sunday confirmed the five-year prison sentence against the former president of the Egyptian Anti-Corruption Authority, Hicham Geneina, for suggesting the existence of secret documents compromising state leaders.

Mr. Geneina was sentenced in April 2018 to five years in prison, two months after his arrest following an interview in Huffpost Arabi, the Arabic version of the US news website, for “disseminating information aimed at harming the army”.

According to his lawyer, Ali Taha, Mr Geneina can still appeal to the Supreme Court.

At the time of the incident, Hicham Geneina, a leading corruption defender, was one of the main leaders of the presidential campaign of Sami Anan, former chief of staff, who was also arrested by the army after announcing his candidacy to President Abdel Fattah Al-Sissi for the March 2018 election.

Mr. Sissi won the presidential election with 97.08% of the votes.

In his interview, Mr. Geneina stated that the documents, which Mr. Anan reportedly had in his possession, “revolve around the political events and crises facing Egyptian society” since the January 2011 revolt that led to the fall of President Hosni Mubarak.

He added that these documents were “in a safe place” abroad and could be published if Mr. Anan was attacked.

In 2016, Mr Geneina, a magistrate by training, was dismissed from the Public Accounts Control Authority by Mr Sissi after having estimated the cost of public corruption at €60 billion between 2012 and 2015.

He was then accused of “spreading false information”.

The journalist who conducted the interview, Moataz Wadnan, also in detention, has not yet been tried.