Drunk police officer kills colleague, three others at a bar in Burundi 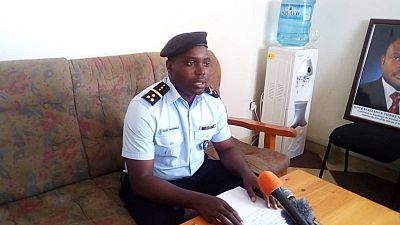 A drunken police officer opened fire on Saturday evening with a Kalashnikov in a bar in Gatumba, 15 km east of Bujumbura, killing four people and injuring four, police announced Sunday.

On Saturday “around 10pm in Gatumba, the policeman, Nizigiyimana Léopold shot and killed his colleague Magenge Léopold and three civilians in the Kumbingo bar while he was drunk”, according to the spokesman for the Ministry of Public Security, Pierre Nkurikiye, who also reported four injured.

“The shooter, arrested, will be tried for the criminal act which resulted in the deaths of men,” he added.

The shooter, arrested, will be tried for the criminal act which resulted in the deaths of men.

The police officer picked up a Kalashnikov after a general fight and opened fire blindly, according to a witness contacted by the AFP who miraculously escaped from it.

The killing occurred the day after a note from the new Inspector General of Police, Merchiade Rucekequi, forbade police officers to walk around with grenades or go to the bar “in duty clothes and weapons”.

This measure was taken in response to “grenade throws and other police bursts that have taken on a worrying look”, the note continues.

“No police officer is allowed to hold a grenade or he will be considered a criminal (…) and police officers who go to the bar in uniform and armed must be punished in an exemplary manner,” the Burundian police chief instructed in a note signed Friday and received by the AFP on Sunday.

In Burundi, the police are heavily armed. They carry machine guns, grenades, and are regularly cited in cases of murder, assassination and other acts of banditry.