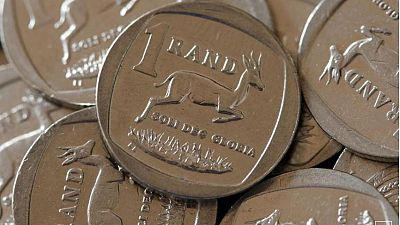 The South African rand weakened early on Friday after breaching the crucial 14.00 to the dollar mark following a selloff in emerging market currencies.

Escalating tensions between India and Pakistan, the breakup of the U.S.-North Korea summit without a deal and fading optimism over a U.S.-China trade deal had all put the rand and other emerging market currencies under pressure on Thursday as investors opted for safe-havens like the dollar and Japanese yen.

At 0700 GMT the rand was 0.18 percent weaker at 14.1150 per dollar after weakening below the psychologically important 14 to the dollar market overnight.

U.S. President Donald Trump on Thursday fuelled concerns over trade talks between the United States and China after warning that he could walk away from a trade deal with China if it were not good enough, although his economic advisers touted “fantastic” progress towards an agreement.

“The most prominent contributor to the renewed risk-aversion is the tension between India and Pakistan that reached critical levels during the course of the week,” said Bianca Botes, an analyst at Peregrine Treasury.

“When looking at the holistic picture, a potential positive outcome from the US/China trade talks could be the last “good news” for emerging markets for a while, as geopolitical tension, declining global GDP, and populism all threaten risk appetite,” Botes said.

Bonds were weaker ahead of an auction of short-term government bonds, with the yield on benchmark paper due in 2026 up 4.5 basis points to 8.745 percent.

In stocks, wine and spirits maker Distell reported higher half-year earnings and raised its dividend on Friday, as growth in other African countries helped offset a difficult domestic market.