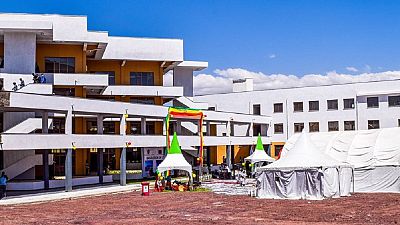 The European Union, EU, on Friday delivered a legal research and training facility to the Ethiopian judiciary making good its promise since 2018 to support Ethiopia legal reforms.

The €3.3m facility is located in the capital Addis Ababa. The Federal Justice and Legal Research Institute is expected to provide training for justice sector officials from across the country.

The EU ambassador, Johan Borgstam and Chief Justice Meaza Ashenafi were present at the launch. The CJ, the first woman to hold the post, has repeatedly stressed the importance of judicial reforms.

Ethiopia’s judiciary has long been classed as one that did the bidding of the executive. Most political opponents, journalists and activists were routinelt thrown in jail on trumped up charges.

Under Premier Abiy Ahmed, hundreds of jailed persons have been freed. The judiciary, however, is facing one of its biggest tests in the wake of the mass arrest of former military chiefs and intelligence officers accused of rights abuse and gross rights abuses.