Best-selling author and life coach Tony Robbins, famous for helping people like President Clinton and Serena Williams in times of personal and professional crisis, came to the UAE to share his advice with an audience which included parliamentarians.

At six-foot seven inches tall, Robbins’ presence in the sphere of life coaching is equally imposing, with his bestselling books and life training programmes said to have reached around 50 million people worldwide in four decades. 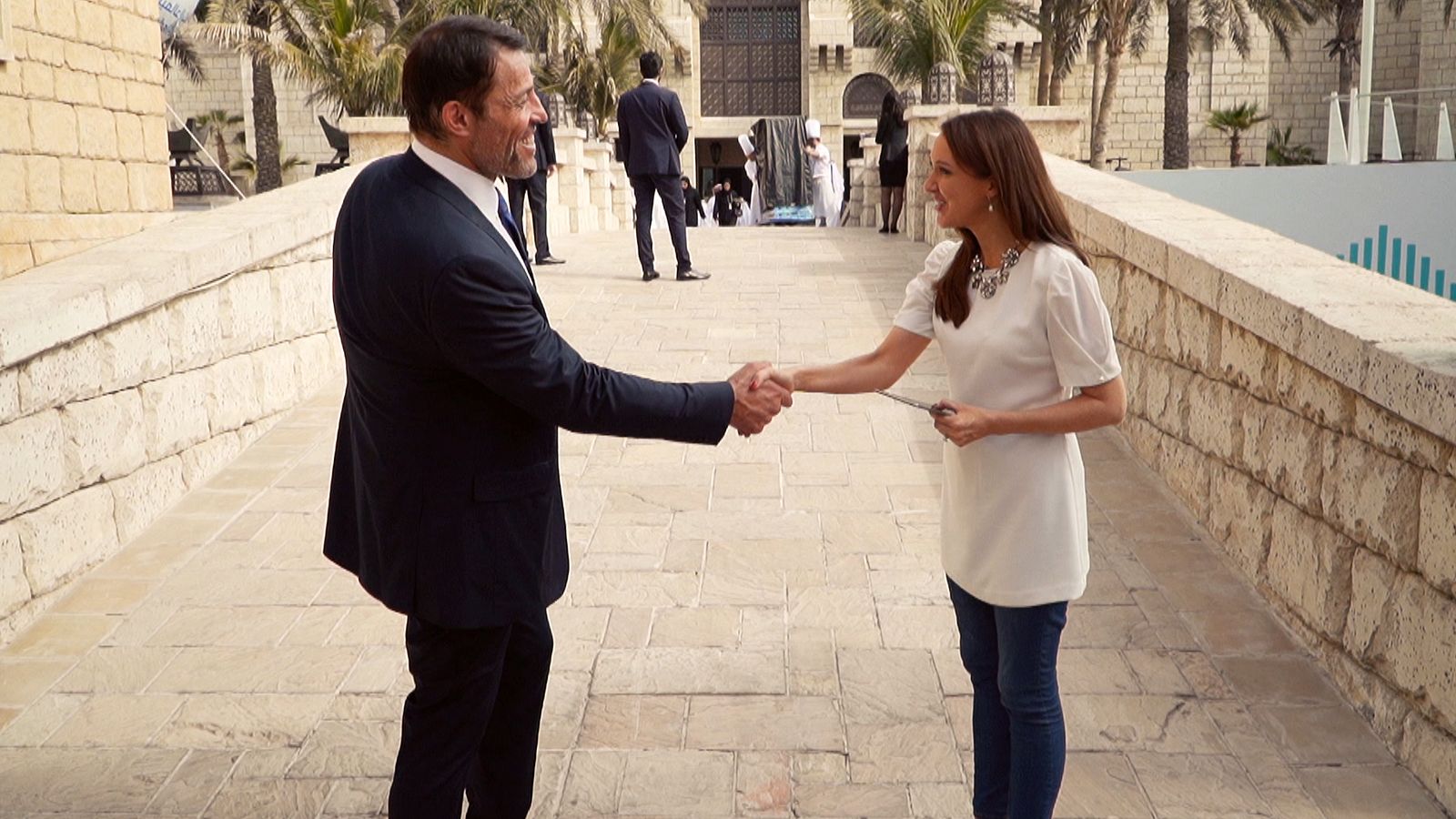 In an interview with Euronews, Robbins explains that what lies behind his concept of ‘Unlimited Power’ is going beyond motivation and finding a cause that is ‘bigger than yourself’.

“I try to show people how to figure out, ‘What is it that drives you? What is it that excites you? What will keep you going?‘” he said. “Once you know that, you have the energy to follow through and take action to get the results.”

DOES EVERYONE WANT THE SAME THING?

As he advises and mentors clients across different parts of the world, Robbins believes that whilst certain cultures have different priorities, the essence of what people look for remains the same.

“In Asia, for example, there’s a real focus on the group. You go to an American environment, and it’s about the individual – but there are certain human needs that are universal,” he says. “We all want certainty that we can have a quality of life, we all want variety, surprise and we all need the experience of being able to feel like our life is meaningful or significant.”

The guru, who Accenture have named one of the ‘Top 50 Business Intellectuals in the World’, has had his seminars attended by more 4 million people to date. 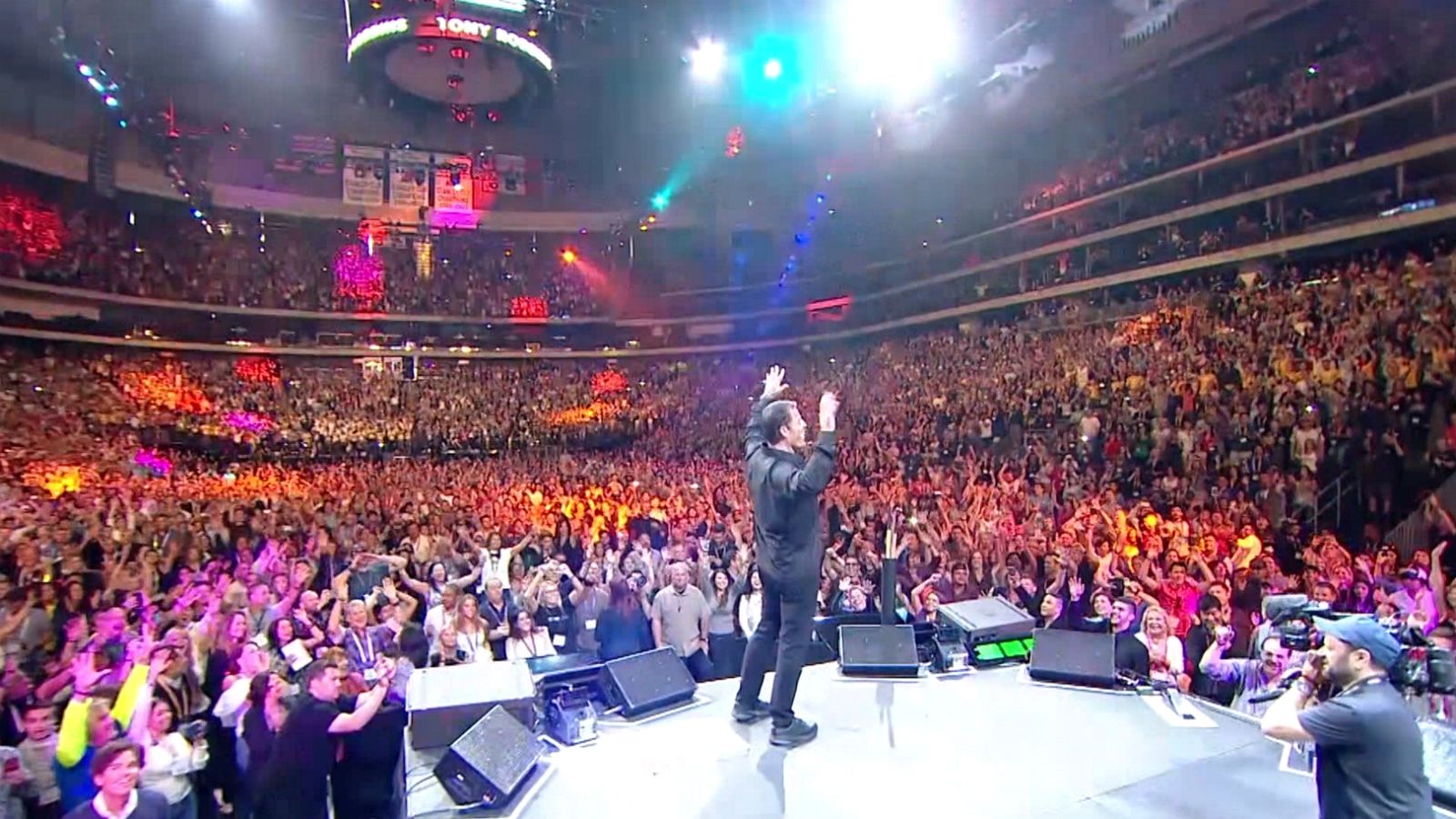 Tony Robbins during one of his life-coaching seminars

As an entrepreneur, Robbins chairs a holding company of 40 businesses, with combined annual sales exceeding $5 billion.

But his current fame and fortune is a stark contrast to his early impoverished life which often saw his family struggle for food. Robbins learnt lessons from the experience and became a philanthropist. Through his partnership with Feeding America, he has now supplied more than 400 million meals to those in need.

The life coach believes that the most essential element to changing anyone’s economic status is self-education.

“I believe that everyone’s soul is equal, but we’re not equal in the marketplace,” he told Euronews. “So, I believe the way to do that is self education. Standard education will give you standard results, self-education is where you find out what matters most and you get incredibly good at something – that’s when you can be more valuable.”

“It’s all about, ‘How do I do more for others than anybody else is doing?’”, says Robbins. “This is the golden rule of what people believe at many levels, but it’s making that happen in life, in business, in your career.”

WHAT ADVICE DID HE TO GIVE TO PRESIDENT CLINTON AND SERENA WILLIAMS?

When it comes to advising celebrities in crucial moments, such as Serena Williams minutes before a tennis match and following the death of her sister, or President Clinton on the eve of his impeachment, Robbins explains that he focuses on dealing with their fears.

“It comes down to understanding how do you figure out what’s stopping somebody from moving forward,” he said. “It’s always fear, but also sometimes it’s really a block they have, a mental block or a belief structure.”

HOW TO MAXIMISE YOUR POTENTIAL 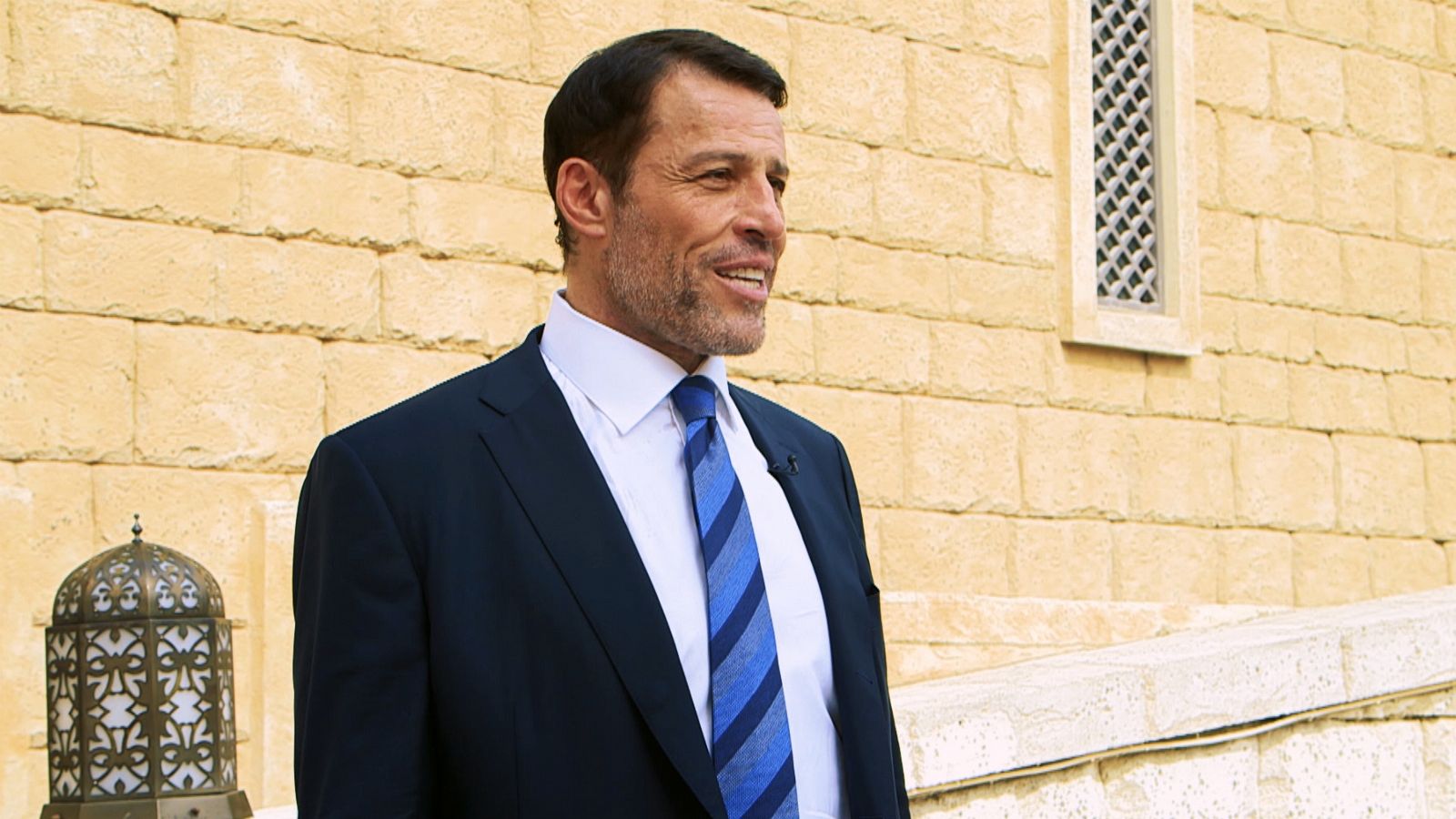 “If you’re in a lousy state, a low energy state, your mind doesn’t function the same way as if you feel energized,” he said. “If you make a radical change – the way you move, the way you breathe, the way you speak – it literally changes your biochemistry.”

“You’re the same person, the only difference is the state you’re in,” he added. “Learning how to turn that energy on physically, and not just mentally, is what will give people the ability to perform at higher level; peak performance comes with being in a peak state.”

Humaid from the UAE welcomed Tony Robbins to Dubai with a painting he did himself, in appreciation for his enlightening advice.