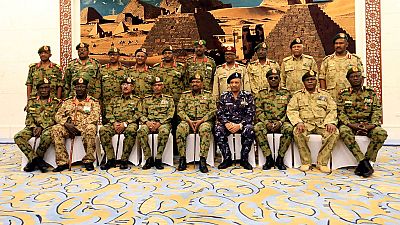 International rights group, Amnesty International, AI, has bemoaned the use of violence by security agencies in a bid to quell anti-government protests.

“Thousands of Sudanese people are again protesting today (February 25) in various parts of the country. Security officers today invaded the Ahfad University for Women in Omdurman dispersing students with teargas and beatings.

“On Saturday, the security forces broke into a medical doctors’ residence near the Khartoum Teaching Hospital, beat up doctors and arrested more than 40 of them on accusations that they were organizing the protests.

“On Sunday, security forces fired live ammunition and teargas at protesters in Khartoum state, injuring at least three people. Another group of officers forced their way into the University of Medical Sciences and Technology (UMST) campus in Khartoum where students were peacefully protesting. They fired tear gas into classrooms, beat up students and arrested dozens of them.

“In Khartoum’s Burri and Omdurman’s Alabasyia districts, large numbers of security officers drawn from the Sudan Armed Forces, the National Intelligence and Security Service (NISS) and the police force were deployed.

President Bashir declared state of emergency and dissolved the government which he has since reconstituted. Military generals are currently in charge of all regional administrations.

On the issue of casualty figures, AI stressed that since mass protests began on 19 December 2018, they had verified and recorded more than 45 deaths and more than 180 people injured. Government puts the figure much lower.

Government officials also say more than 2,600 people have been arrested and detained during the ongoing protests. There are reports of torture metted out to detainees.

What an AI top official said

“The state of emergency is being used by the Sudanese authorities as a justification to flagrantly increase the use of live ammunition and tear gas against protesters, and to torture detainees without any restraint,” said Joan Nyanyuki Amnesty International’s Director for East Africa, the Horn and the Great Lakes.

“The Government of Sudan must immediately stop using these extreme measures under the state of emergency to intimidate the Sudanese people and prevent them from exercising their freedom of expression. The people have a right to peacefully protest the social, political and economic conditions in the country.”