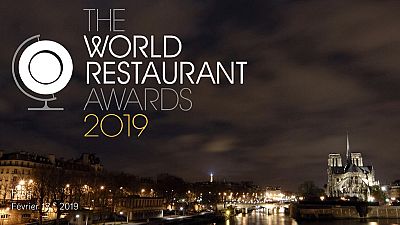 A small restaurant in South African was named “Restaurant of the Year” in Paris on Monday by the World Restaurant Awards, a new ranking that aims to promote the diversity of the international culinary scene.

Wolfgat’s chef Kobus Van der Merwe, who only started cooking at the age of 30, delights in the concept of local products to the extreme and makes his own bread and butter.

Wolfgat – whose staff, mostly female, and with no formal training – opened two years ago in a 130-year-old cottage in a cave on Paternoster Beach on the west coast, 150 km from Cape Town.

I don't feel like I deserve it, it's my collaborators, who go out every day to pick herbs, succulent plants and spinach that should be here;

“I don’t feel like I deserve it, it’s my collaborators, who go out every day to pick herbs, succulent plants and spinach that should be here,” the 38-year-old chef told AFP.

‘’.. It’s their baby. I look forward to celebrating with them with a tall glass of South African sparkling wine.’‘

Wolfgat is located on an idyllic beach providing local mussels and oysters, but also plants and aromatic herbs growing in the dunes, such as bear garlic, spinach and native plants such as soutslaai. It is also awarded in the “Off-Map destination” category (outside the major tourist routes).

The restaurant, which serves a seven-course tasting menu for 850 rand ($60), can only feed 20 people at one sitting.

Kobus Van der Merwe, who is a former journalist, said that his philosophy was “to interfere as little as possible with the products and to serve them pure, raw and unprocessed. “

The jury chose from 36 countries including France, Australia and Zimbabwe, selecting winners in 18 categories ranging from “house specialty” or “no reservation”, street food, cosmopolitan fusion cuisine, smaller budgets, or other anecdotes as chef of the year without tattoos won by the great French multistar chef Alain Ducasse.

Votes were cast by a 100-member jury, with 50/50 gender parity composed of famous leaders such as Elena Arzak, Alex Atala, Massimo Bottura, David Chang, Hélène Darroze, and René Redzepi, as well as journalists and influencers.