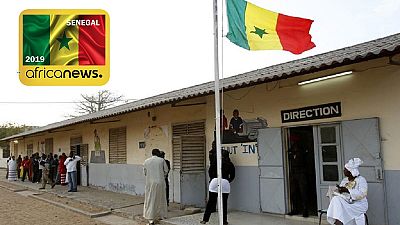 Senegal, one of Africa’s most stable democracies go to the polls to elect a president. The current president is running along with four other contenders.

This article gives a glance at the peculiarities with the country’s electoral setup. It blends a largely Anglophone rule of 50% plus for a first round victor.

The presidential term is also set at 5-years even though President Macky Sall came into office with a seven-year mandate. A 2016 referendum slashed the term of president.

The West African country practices the two-round voting system for the presidential election. The winner is required to gain over 50% of the votes to avoid a second round.

If no candidate wins more than 50% of the votes, a second round shall be held within weeks. Per the constitution and as is usually the convention, only two candidates contest in the runoff – the candidate with the most votes and the one with the second most votes.

The candidate with the most votes after the runoff will be declared president. Senegal’s system is akin to the practice most Anglophone nations use.

More often, Francophone countries operate a presidential system that is first past the post. So that the candidate with the highest number of votes even if less than half of total votes is declared winner.

Four top facts about the office of president

Who may become President of the Republic?

Every potential candidate for the Presidency of the Republic must be exclusively of Senegalese nationality, enjoy full civil and political rights, and be at least 35 years old on voting day.

How long does the President serve?

The President of the Republic of Senegal has a 5-year term of office, renewable once. This provision can only be amended by referendum legislation or by the adoption of a new Constitution.

May the President of the Republic perform functions other than those specified in his mandate?

The President may not perform any other public or private functions.

How is the President elected?

The President of the Republic is elected by direct universal suffrage, by majority vote in two rounds.

Background to the February 24 vote

Five candidates are in the race to become Senegal president as voters head to the polls on February 24. Incumbent Macky Sall is seeking his final five-year mandate.

El-Hadji Issa Sall, an academician, lawmaker and the youngest contestant Ousmane Sonko are seen as outsiders for the vote. Two major aspirants Karim Wade and Khalifa Sall – were barred by the top court over corruption.

The main opposition Democratic Party of Senegal, PDS, is not fielding a candidate. Its leader, ex-President Abdoulaye Wade has called for a boycott of the vote citing threats to security, government has dismissed his call.