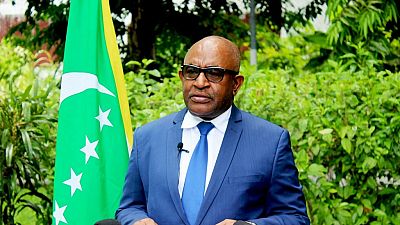 Thirteen candidates have been cleared for the March presidential vote in the Indian Ocean archipelago of Comoros, the Supreme Court announced Saturday, barring the main challengers of President Azali Assoumani.

Nineteen candidates had registered for the March 24 election and of those given the go ahead, only Azali is backed by a party. The others are contesting as independents.

Azali, who was voted into office in 2016, is tipped to win the election.

All the opposition candidates backed by parties who could pose a challenge to Azali have been barred.

His chief rivals were former vice-president Mohamed Ali Soilih and Ibrahim Mohamed Soule, whose bids for the top job were quashed by the Supreme Court, which is composed exclusively of Azali’s allies.

An arrangement to rotate power among the three islands in the archipelago nation helped quell years of discontent and coups in the late 1990s.

The election will take place under the provisions of the constitution modified at Azali’s initiative in a contested referendum held in July 2018.

The reform enables the president to hold two five-year mandates instead of one. If Azali wins, he will be considered as starting a first term, which would allow him to vie for a second in 2024.

Soilihi said he had been barred from standing because he was accused of “concealing ownership of a company worth billions of which I know nothing about.

“All the opposition candidates backed by parties who could pose a challenge to Azali have been barred,” he said, denouncing what he termed an “electoral hold-up.”

Soule said he was barred because his dossier was signed by the party’s deputy general secretary and not the general secretary Ahmed el-Barwane, who has been in prison for several months for allegedly assaulting a soldier.

The opposition is in disarray after dozens of arrests.

A security court has handed down a string of jail terms to political figures who opposed a referendum allowing Azali to extend his term in office.

Second round of voting

If a second round of voting is needed for the lack of an outright winner, it will be held on April 21.

The new constitution has retained the rotation of presidential power among Grande Comore, Anjouan and small Moheli, but the time period has been extended from five to 10 years.

Azali himself first seized power in a coup against an acting head of state in 1999 and was returned to office until 2006 in a multi-party vote.

That year, power was transferred peacefully for the first time since independence from France in 1975.

Today, Azali’s critics consider that he has taken an authoritian turn, with the possibility of staying in power until 2029.