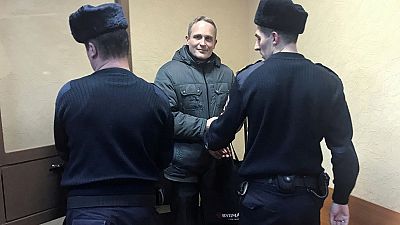 A Russian court on Wednesday found a Jehovah’s Witness guilty of extremism and jailed him for six years, says spokesman for the Christian denomination.

Dennis Christensen, a Danish national had pleaded not guilty. Anton Bogdanov is defence lawyer for Christensen.

“All these points of interest for the prosecution and the investigation are considered a crime. Questions like the following were never asked ‘Were people attending a service encouraged to take hateful positions? Were they encouraged to commit aggressive or violent acts against representatives of other religions?’ These questions did not interest the investigation or prosecution. All that is interesting to them is ‘were there Jehovah’s Witnesses”, he said.

These questions did not interest the investigation or prosecution. All that is interesting to them is 'were there Jehovah's Witnesses.

The United States and the European Union see the case of Dennis Christensen, as a litmus test for religious freedom and the latest twist in a worsening East-West standoff.

Christensen is the first Jehovah’s Witness to be detained for extremism in Russia.

More than 100 criminal cases have been opened against Jehovah’s Witnesses and some of their publications are on a list of banned extremist literature.

Denmark on Wednesday called on Russia to respect freedom of religion.

Danish Minister of Foreign Affairs, Anders Samuelsen in statement expressed deep concern over the sentencing. He criticized Russia for categorizing Jehovah’s Witnesses as an extremist organization.