Ethiopia helps secure release of tycoon held in Saudi since 2017 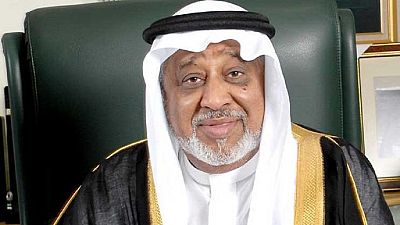 Ethiopian state broadcaster and the Office of the Prime Minister on Sunday confirmed the release of a Saudi-Ethiopian businessman Mohammed Hussein Al-Amoudi from detention.

Until his release, Al-Amoudi had been held for 14 months along with others – scores of Saudi business, royal and political elite – accused of corruption at the Ritz-Carlton Hotel located in the Saudi capital, Riyadh.

He has once been tagged by Forbes as the richest man in Ethiopia and the second-richest Saudi. He is known to have substantial investments back home.

The Premier’s office said in a tweet accompanied by the tycoon’s photo: “Ethiopian born Saudi business tycoon Mohammed Alamoudi has been released from prison in Saudi Arabia. It is to be recalled that earlier in 2018, PM Abiy Ahmed traveled to Saudi Arabia & discussed a number of issues with Saudi Crown Price Mohammad Bin Salman.

“One of the issues included the release of Mohammed Al Amoudi. Prime Minister Abiy Ahmed in his Millenium Hall address later in May 2018 further assured of his return. We wish Mohammed Al Amoudi a safe return to Ethiopia.”

Amoudi’s release follows that of several other businessmen last week and comes after the kingdom suffered a global backlash over the murder of journalist Jamal Khashoggi and the reported torture of women activists.

Ethiopian state television was the first to report he had been freed. A family office spokesman said Amoudi had returned home to the western city of Jeddah.

Amoudi, in his 70s, became a multi-billionaire investing first in construction, agriculture and mining in Ethiopia, where he was born, and then purchasing oil refineries in Morocco and Sweden. Forbes valued his fortune at more than $10 billion in 2016.

Some of those detained at the Ritz were released after agreeing secret settlement deals with the Saudi authorities, which say they expect to seize more than $100 billion this way.

It is unclear how much — if any — of Amoudi’s wealth he may have handed over to the state in exchange for his release.