Nigeria chief justice to be charged with asset-declaration breach 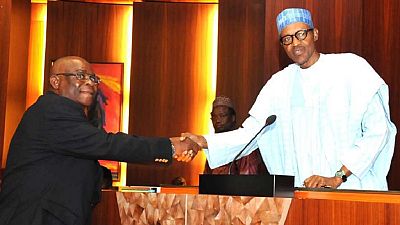 Nigeria’s chief justice will face trial on Monday for allegedly breaching asset-declaration rules, the Code of Conduct Tribunal (CCT) said on Saturday, a month before a presidential election in Africa’s most populous country.

Chief Justice Walter Onnoghen is the head of Nigeria’s judiciary, which plays a key role in election matters and has helped resolve disputes in past votes.

The conduct tribunal, which tries asset-declaration misdemeanors, said in a statement on Saturday that Onnoghen would face six separate counts, without giving further details.