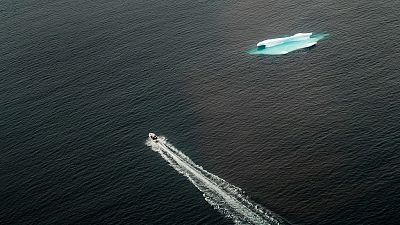 The oceans are said to be warming faster than previously thought. According to a report published Thursday in the journal Science by authors in the United States and China, this set a new temperature record in 2018.

For years, scientists have warned of the rising global temperatures and melting ice sheets.

However, on Thursday, scientists announced that it is happening faster than predicted, saying the year 2018 was the warmest year on record for the oceans.

The report claims that oceans are heating up as much as 40 percent faster than what the United Nations panel determined in 2014.

Scientists say the warming seas are damaging coral reefs and marine life, and forcing fish to find deeper and colder waters. This they say is wrecking havoc on the underwater ecosystem.

For instance, lobster catches have collapsed in Connecticut and Rhode Islands in the States…. and now Maine fishermen are cashing in, as the crustaceans move north.

But scientists say that boom will be short-lived as lobsters continue on to Canada.

Greenhouse gases warm the air and according to scientists, that heat gets absorbed by oceans. And there are no signs of it slowing down.

In fact, these scientists say records for ocean warming have been broken almost yearly since the year 2000.