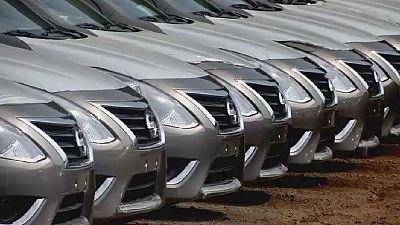 Senior officials from the United Nations, the African Union (AU), the Economic Community of Central African States (ECCAS) on Tuesday began a visit to Bangui to “relaunch” the AU-led peace talks.

The senior officials are in Bangui “to revive international efforts for lasting peace in the country, through dialogue between the government and armed groups under the auspices of the African Union Initiative,” said a UN statement.

The AU mediation, launched in July 2017 and supported by the UN and the main partners of the Central African Republic, is criticized by diplomats and observers for its slow pace and a lack of results.

The visit – which includes Jean-Pierre Lacroix, head of the UN peacekeeping department, and Smail Chergui, AU peace commissioner – is scheduled to last until Thursday.

A parallel mediation has been launched by Russia backed by Sudan. Criticized by France, it brought together, at the end of August in Khartoum, three militias of the former Seléka coalition and the antibalaka group, a self-proclaimed self-defence militia.

At the end of September in New York, Central African President Faustin-Archange Touadéra stated that mediation for peace in his country was the responsibility of the AU, adding that Russia’s involvement in talks with armed groups was only for “facilitation” purposes.

The Central African Republic, has been mired in a deadly conflict for the past six years, which has displaced more than a quarter of its 4.5 million inhabitants.