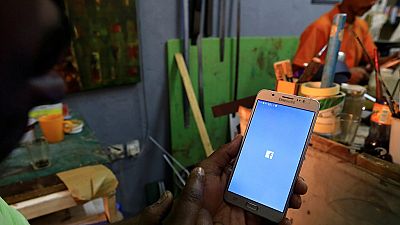 Sudan’s government has blocked access to popular social media sites, in a bid to prevent mobilisation for nationwide anti-government protests triggered by an economic crisis.

Sudan has been rocked by near-daily demonstrations over the past two weeks. Protesters have set alight ruling party buildings and have called on President Omar al-Bashir, who took power in 1989, to step down.

In a country where the state tightly controls traditional media, the internet has become a key information battleground. Of Sudan’s 40 million people, some 13 million use the internet and more than 28 million own mobile phones, local media say.

There was a discussion in the government about blocking social media sites and in the end it was decided to block them.

Authorities have not repeated the internet blackout they imposed during deadly protests in 2013. But the head of Sudan’s National Intelligence and Security Service, Salah Abdallah, told a rare news conference on Dec. 21:

“There was a discussion in the government about blocking social media sites and in the end it was decided to block them.”

Users of the three main telecommunications operators in the country — Zain, MTN and Sudani — said access to Facebook, Twitter and WhatsApp has only been possible through use of a virtual private network (VPN).

Though VPNs can bring their own connection problems and some Sudanese are unaware of their existence, activists have used them widely to organise and document the demonstrations.

Hashtags in Arabic such as “Sudan’s_cities_revolt” have been widely circulated from Sudan and abroad. Hashtags in English such as #SudanRevolts have also been used.

“Social media has a really big impact, and it helps with forming public opinion and transmitting what’s happening in Sudan to the outside,” said Mujtaba Musa, a Sudanese Twitter user with over 50,000 followers who has been active in documenting the protests.

NetBlocks, a digital rights NGO, said data it collected, including from thousands of Sudanese volunteers, provided evidence of “an extensive internet censorship regime”.

Bader al-Kharafi, CEO of parent company Zain Group, told Reuters: “Some websites may be blocked for technical reasons beyond the company’s specialisation.”

“While Sudan has a long history of systematically censoring print and broadcast media, online media has been relatively untouched despite its exponential growth… in recent years,” said Mai Truong of U.S.-based advocacy group Freedom House.

“The authorities have only now started to follow the playbook of other authoritarian governments.”