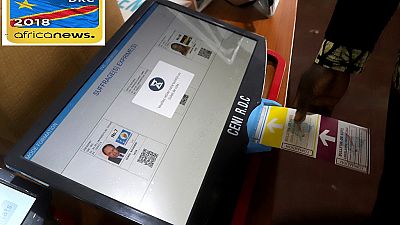 Even after several delays to the presidential election in Democratic Republic of Congo, questions still abound on whether the latest one-week delay will be enough to organise the poll, both in Kinshasa and remote areas of Congo’s vast forested interior.

Last week, CENI announced the election, which had been scheduled for December 23, would now take place on Dec. 30 due to a fire that destroyed voting materials.

At a news conference on Friday, Joseph Olenghankoy, the president of a government commission charged with monitoring election preparations, urged authorities to accept logistical support from the United Nations to deploy voting materials.

The government has so far rejected assistance from foreign donors, including the 16,000-strong U.N. peacekeeping mission in Congo, saying that would infringe on national sovereignty.

A U.N. spokeswoman in Kinshasa said the mission was prepared to provide logistical support if asked but had not received a request.

A CENI spokesman said the commission would ask for U.N. help if necessary but said: “For the moment, we are getting by with the means the government has made available to us.”

The International Rescue Committee, a New York-based aid group that operates in Congo, said on Thursday that further delays “would be exceptionally damaging to the country’s rule of law” and worsen a humanitarian crisis in which 13 million people need assistance due to hunger, disease and conflict.

Kabila’s refusal to step down when his mandate officially expired in December 2016 triggered violent protests in which security forces killed dozens of people and contributed to a spike in militia violence across the country as armed groups moved to exploit a perceived power vacuum.

At least seven opposition supporters were killed in the violence, which the government blamed on opposition “extremists”, and Kinshasa’s governor suspended campaigning in the capital on Wednesday, citing security fears.