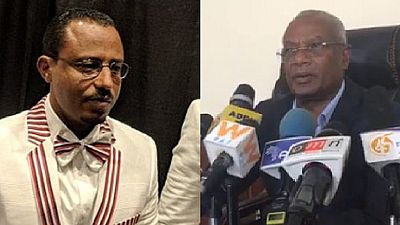 Within a space of less than a week, the Oromia government and returnee rebels under the banner of the Oromo Liberation Front, OLF, are at each others’ throat over rising insecurity in the Ethiopian regional state.

Late last week, OLF leader Dawud Ibsa said his group was suspicious about the Oromia government citing the appointment of one General Kamal Gelchu as head of regional security. This appointment took place months back.

Ibsa who returned from Eritrea where his troops were exiled said the government had also failed to abide by an agreement aimed at reintegrating OLF fighters into the national army.

He also confirmed that OLF forces had exchanged fire with federal troops deployed to areas where OLF was ‘active’ – specifically in western Oromia. He stressed that they were however ready for peace discussions with the government.

OLF until this year was regarded a terrorist group banned from operating in the country. It took a legislative process to overturn the tag placed on it and other groups. Peace talks between the federal government and OLF in Asmara led to their return to engage in peaceful struggle.

The state-affiliated FBC quoted him as saying: the police was no longer going to tolerate OLF armed men operating in western Oromia. He said their activities had claimed 29 civilians, 2 zonal administrators and 12 police officers between September and December.

The ruling party in Oromia, the Oromo Democratic Party, ODP; has also fired warnings in the past about doubling down on elements of insecurity all over the expansive and populous region.

ODP is led by Prime Minister Abiy Ahmed but its vice-president Lemma Megerssa is President of the regional state. Both men have at different times stressed the will and need to keep Oromia secured.

In the case of Abiy, he has told Oromos to keep their heads up and safeguard the efforts and sacrifices of persons who died in anti-government protests that have put Ethiopia on the path of democratic reform.