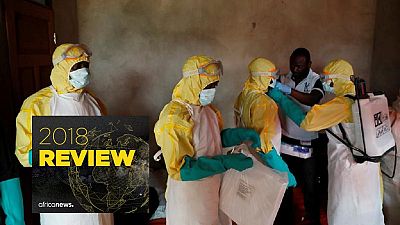 In 2018, Ebola returned to the Democratic Republic of Congo, DRC, compounded by the existing headache of insecurity in parts of the country hit by the outbreak.

The World Health Organization, WHO, led by Tedros Adhanom Ghebreyesus, quickly dispatched to the region to help the government contain the crisis but also to prevent a recurrence of backlash resulting from inaction in response in the case of the outbreak in West Africa.

The current outbreak has been labeled the second deadliest only behind that of West Africa – which ravaged Guinea, Liberia and Sierra Leone.

The WHO and partners who braved the palpable dangers to intervene early on and following through till date have been nominated for their efforts, coupled with the deployment of trial vaccines and a will to confront death so others can live.