In the bustling neighborhoods of Koumassi in Ivory Coast’s commercial capital Abidjan, 24-year-old Desire Koffi can often be found combing the streets in search of old and damaged electronics.

Koffi buys used or damaged phones, computer keyboards and such for about 500 CFA or $1 as key components for his mixed-media artwork. 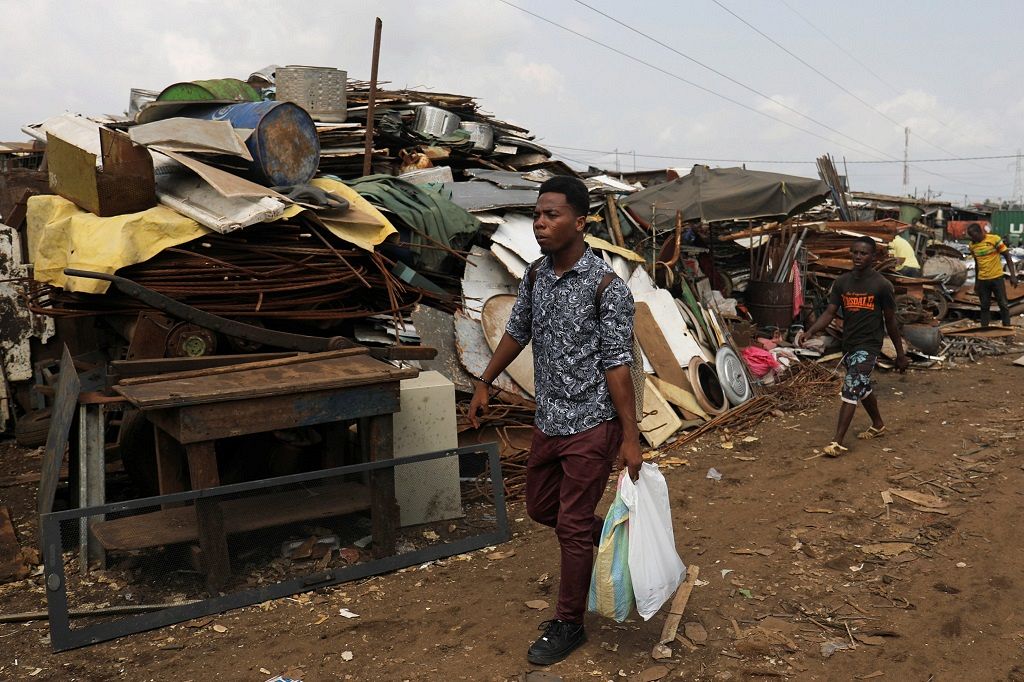 “My number one goal is to try, in my own small way to reduce electronic waste that is found in the streets and in the bins. Here, we are in one of the city’s most popular neighborhoods, where you usually find old phones which can no longer be repaired. the residents here help me a lot, because when they have old phones or unusable phones, they call me to come collect them, and it wasn’t the case before. Because you would find these old phones in the drain or find children playing with them, which is not good for their health,” he said.

Abidjan has a population of 5.5 million and the city generates 1,500 tons of e-waste annually, according to the European Union funded E-waste Implementation Toolkit.

Koffi says he collects all the waste and proceeds to dismantle them into usable components.

The artist then inserts the pieces of keyboards and phones screens to illustrate colorful human silhouettes or urban scenes. 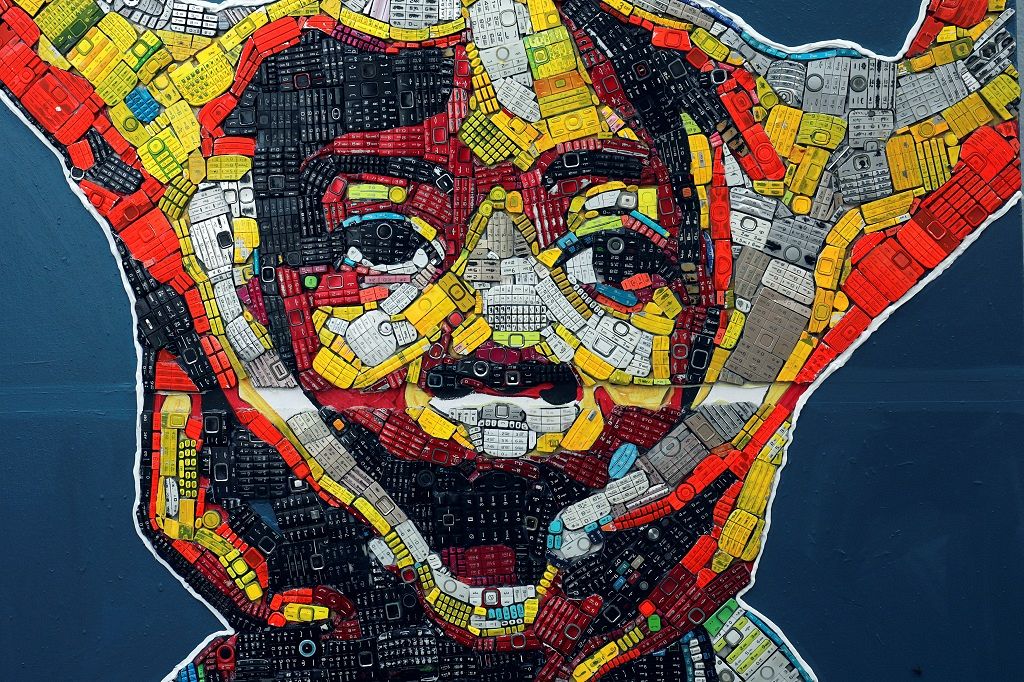 “At the moment, I am working with phone screens and keyboards, and I will use all of the rest of them in my painting. I keep everything. I don’t throw anything away. I store them away and will work with them later,” Koffi added.

His unique pieces usually takes him about 3-5 days to create.

‘‘This is a follow-up to my series ‘To Save a Child’, and this is a portrait of a little girl, who is showing her tongue, and I tried to express her joy through the colours that I used”, he said. 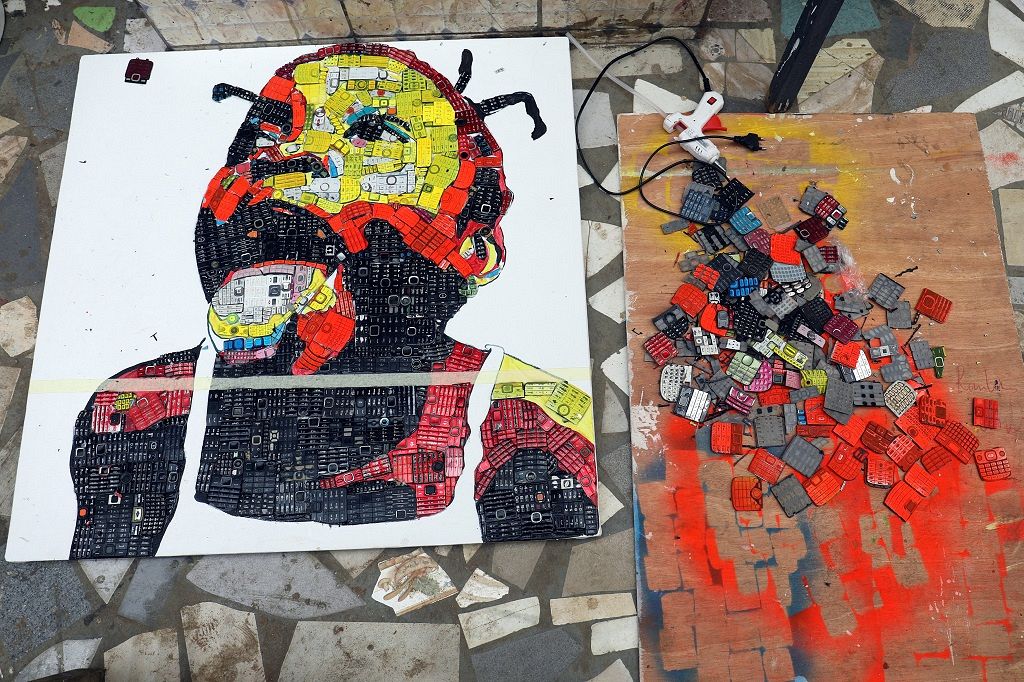 He has held several exhibitions at home and abroad and is rapidly becoming a force to reckon with in contemporary arts in Ivory Coast.

“Today we talk a lot about recycling and we like the type of work he is doing, but also at the back of that, you get the graphic design aspect of his work. You can see that he’s an artist, who despite incorporating recycling material into his work, he manages to capture all these forms, faces and emotions in his work, which really blew us away,” said art gallery director, Olivier Pepe. 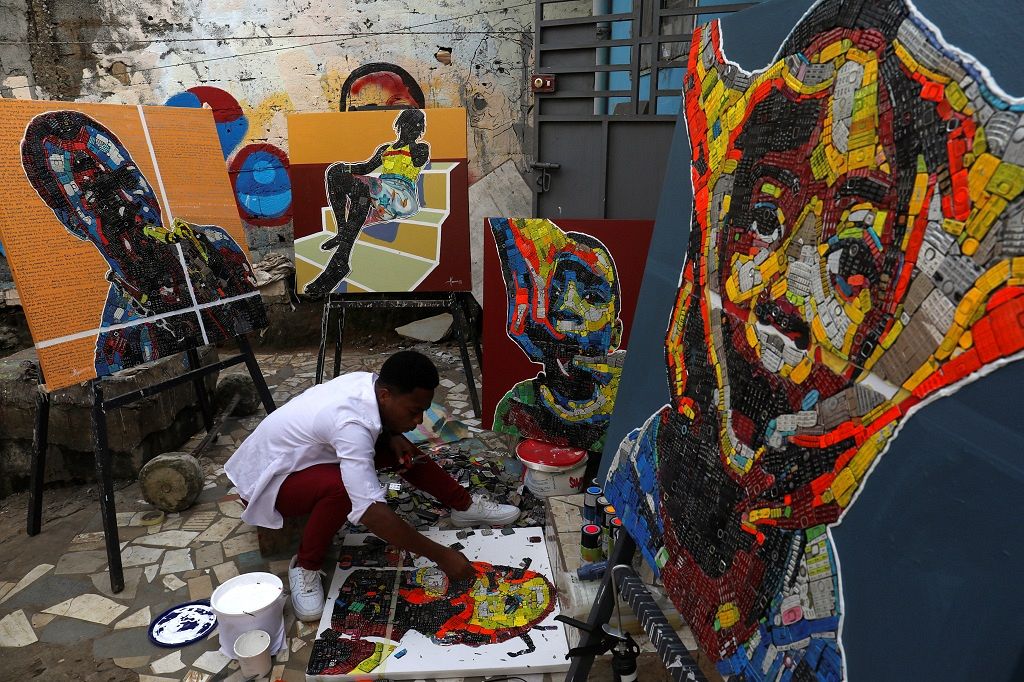