A military court in Ethiopia on Saturday jailed 66 soldiers for between five and 14 years for marching on Prime Minister Abiy Ahmed’s palace in October, ruling they had broken military ethics, officials said.

The 66 were among 200 soldiers in fatigues and red berets who descended, armed, on the compounds of Abiy’s residence and office on Oct. 10 and met him in what the government initially said was a bid to press for a rise in pay.

But Abiy, who was shown on state television that day doing push-ups with the soldiers, subsequently announced that leaders of the group had “nefarious aims” to stop reforms and unnamed members had “regretted missing out on the opportunity to kill him”. 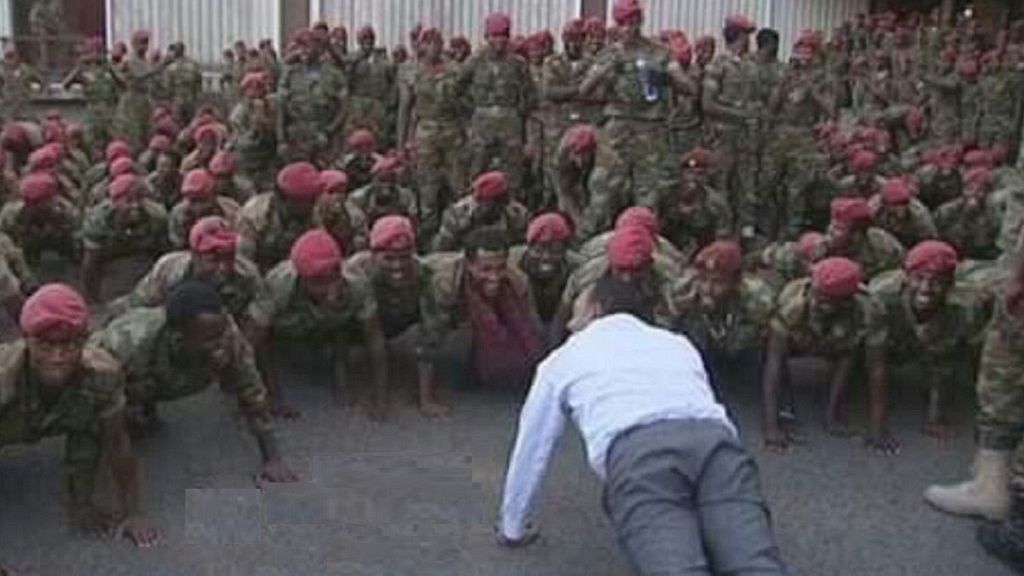 On Saturday, Colonel Meshesha Areda, head of the military tribunals directorate, told reporters that a military court sentenced one defendant to 14 years in prison, while 65 others were slapped with sentences ranging from five to 13 years, for “violation of military ethics”.

There has been no word on legal action against other members of the 200-strong group.

The defendants’ lawyer Desalegn Dana said he would lodge appeals for a few suspects.

Since his appointment in April, 42-year old Abiy has presided over a raft of reforms in the Horn of Africa country, including the pardoning of dissidents long outlawed by the government.

He has also acknowledged and condemned abuses by security forces, even likening them to state terrorism.

But violence has plagued the nation of 100 million people, often pitting different ethnic groups against each other, remains a challenge.

About 2.7 million people have been displaced this year, 2.2 million of which were forced to flee due to ethnic clashes.