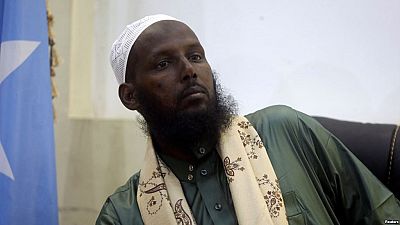 At least 11 people were killed in Somalia’s city of Baidoa in clashes between security forces and supporters of a former al Shabaab leader who is seeking election as a regional president, a military officer and an elder said on Friday.

Somali govt detained former Al-Shabaab Deputy leader who was running for the leadership of southwest. A statement from the security ministry of fed govt said Mukhtar Robow violated terms agreed with him, and smuggled weapons into Baidoa, mobilised militias to threaten Security. pic.twitter.com/WmyBH0LFIr

Authorities arrested Mukhtar Robow on Thursday, accusing him of bringing Islamist militants and weapons back to Baidoa, the capital of South West region where he is running for president.

AMISOM’s (peacekeeping force) armoured vehicles came into the town as a patrol. They just went back after they saw it was calm and that some residents blocked some of the roads with big stones.

Robow supporters angered by his arrest clashed with police backed by Ethiopian peacekeeping forces in Baidoa, said Hussein Aden, a military officer in the city.

Baidoa elder Saleh Isak accused the authorities of seeking to install their own candidate as president of South West, the first of Somalia’s seven semi-autonomous regions to hold presidential elections in the coming months.

Baidoa residents said the city had calmed down in the afternoon but was still tense, with most businesses staying closed and residents staying indoors.

“AMISOM’s (peacekeeping force) armoured vehicles came into the town as a patrol. They just went back after they saw it was calm and that some residents blocked some of the roads with big stones,” one resident, Halima Mohamed, said from Baidoa on Friday.

The elections are a critical juncture in a growing power struggle between the U.S.-backed central government and regions where al Shabaab militants retain a presence following a long civil war.

Mukhtar Robow was born out of Ethiopia’s brutal occupation in 2007 and co-founded al-Shabaab. His arrest by the very Ethiopian troops whom he fought tooth & nail will only discourage many reconcilable elements who were willing to follow his path & give the reconciliation a chance

Aden gave a lower death toll of at least six killed, among them lawmaker Abdishakur Bule.

“He died in cross fire between armed protesters and police this morning. Tension is high and we do not know what to do,” Aden told Reuters.

Robow was a prominent al Shabaab leader and group spokesman before he publicly renounced violence and recognised federal authority in August 2017.

His spokesman said he was beaten by Ethiopian troops, part of an African Union peacekeeping force in Somalia, in the course of his arrest.

Officials in the Ethiopian capital Addis Ababa were not immediately reachable for comment.

A second day of violence in Baidoa, Somalia following the arrest of Mukhtar Robow https://t.co/H2mkrtavpi