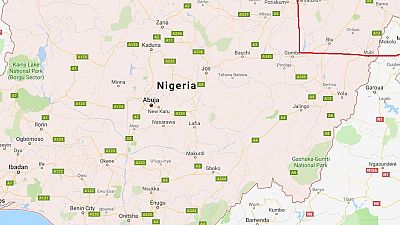 The Nigerian military has lifted a ban on Unicef operations in the ravaged northeast late on Friday after earlier suspending the aid agency and accusing it of training “spies” supporting Boko Haram jihadists.

The military earlier on Friday said the United Nations children’s agency had this week held workshops in the northeast city of Maiduguri training people for “clandestine” activities that were “sabotaging” counterterrorism efforts.

Boko Haram’s Islamist insurgency has killed more than 27 000 people since it began in 2009 and has triggered a humanitarian crisis in the wider Lake Chad region, where the jihadists have stepped up attacks in recent months.

During the meeting, the Theatre Command admonished the representatives of the organisation to desist from activities inimical to Nigeria's national security and capable of undermining the ongoing fight against terrorism and insurgency.

But after a meeting between the military and the aid agency late on Friday, army spokesperson Onyema Nwachukwu said the ban had been revoked following an “intervention by well meaning and concerned Nigerians”.

“During the meeting, the Theatre Command admonished the representatives of the organisation to desist from activities inimical to Nigeria’s national security and capable of undermining the ongoing fight against terrorism and insurgency,” he said in a statement.

“The Command also urged Unicef representatives to ensure they share information with relevant authorities whenever induction or training of new staff is being conducted in the theatre,“Nwachukwu said.

He said after extensive deliberations “the Theatre Command has henceforth lifted the three months suspension earlier imposed on Unicef activities in northeastern Nigeria”.

Nwachukwu had earlier said there was “credible information that some (Unicef representatives) are indulging in unwholesome practices that could further jeopardise the fight against terrorism and insurgency, as they train and deploy spies who support the insurgents and their sympathisers” and that Unicef operations would therefore be suspended until further notice.

Nigeria’s President Muhammadu Buhari, who came to power in 2015 pledging to end the violence, is under increasing pressure to act as he gears up to seek re-election in a February ballot.

He has come under attack for previously claiming the Islamists were “technically defeated”.

Amnesty International had on Friday condemned the suspension and called on Nigeria to reverse the decision.

“We see the suspension of Unicef as part of a wider drive to intimidate international humanitarian and human rights organisations who are working to save lives in this devastating conflict,” said Amnesty’s Nigeria director Osai Ojigho.

“The Nigerian army has accused Unicef of ‘aiding Boko Haram’ – an absurd charge. The suspension of Unicef will in fact deprive those whose lives have been devastated by the Boko Haram conflict from receiving much-needed humanitarian assistance,” Ojigho said.