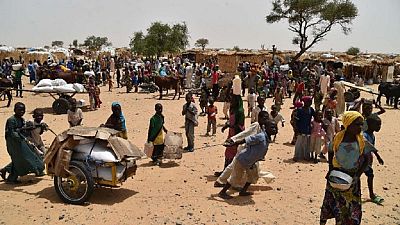 More than 52,000 people have been displaced by violence since January in western Niger, an unstable area hit by jihadist incursions near the poor west African country’s border with Mali, the UN refugee agency said.

“The UN refugee agency is becoming increasingly troubled by ongoing violence in Niger’s border areas with Mali and Burkina Faso,” the UNHCR said in a statement.

The UN refugee agency is becoming increasingly troubled by ongoing violence in Niger's border areas with Mali and Burkina Faso.

The raids and plunder affect residents of the Tahoua and Tillaberi border regions, where the government has declared a state of emergency while troops of a five-nation G5-Sahel military task force fights insurgents.

“They kidnapped five people from my village who were later found dead,” cattle farmer Al-Bashir Gamo Gamo told the UN agency, saying that armed groups threatened the villagers with death if they did not leave within 12 hours.

“Nobody can sleep at night, walk anywhere or cultivate crops because of fear,” he added.

He fled to the town of Inates, concerned about how to feed his family. “If you want to look after your animals, you have to go to the bush, but there, they can attack you.”

The constant threats in an “alarming and extremely volatile” situation have prevented humanitarian workers from reaching some of the communities in need, the UNHCR said.

In addition to inducing local residents to flee, the violence is affecting 53,000 refugees from Mali who live in Niger’s border regions.

A previous count by the United Nations in October reported 42,000 people displaced by the activities of non-state armed groups and also by security measures aimed at halting “repeated infiltrations by terrorists” from Mali.

In January, only 540 internally displaced people were registered in west Niger. Humanitarian corridors were negotiated in July and October with the G5-Sahel force — Mali, Niger, Burkina Faso, Mauritania and Chad — and with Niger’s army.

The UN World Food Programme and a range of NGOs were then able to deliver food and other essential supplies to several thousand refugees in the “red zone”.

#Violence displaces more than 50,000 in western #Niger this year: https://t.co/fUQ1CohZcr via refugees

Across the country, more than 156,000 people have displaced, while there are more than 175,000 refugees, according to the UNHCR.

Though the frontier is porous, Niger is regarded as one of the most stable countries in a vast area south of the Sahara where jihadist forces have emerged.