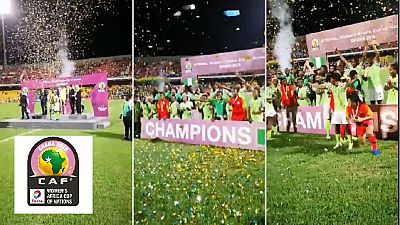 Women football on the continent has a new queen,a familiar one at that. Nigeria was on Saturday crowned winners of the African Women Cup of Nations, AWCON, played in Accra, Ghana.

The game pitted the then eight-time champions: Super Falcons of Nigeria against the ambitious and ever confident Banyana Banyana of South Africa.

At the end of proceedings, Nigeria proved superior at the spot kicks beating their opponents by 4 – 3. Incidentally Nigeria had missed a penalty in normal time.

Assisat Oshoala missed in the second half after Ordega was fouled by the South African goalie. The win is a record ninth for Nigeria. The 2018 edition is the thirteenth overall for the competition which started in 1991.

In the other semi-final, Nigeria beat Cameroon on penalties 4 – 2 to progress. Cameroon have since beaten Mali in the third-place match to book the final slot for Africa at the 2019 Women’s World Cup to be played in France.

The moment Nigeria were handed the 2018 Africa Women Cup of Nations trophy.#TotalAWCON18 #FootballTogether

AWCON unlike the AFCON also acts as the African qualifiers to the FIFA Women’s World Cup. Nigeria, South Africa and Cameroon thereby confirmed their slots at the tournament which will take place in France.

South Africa will be featuring at the World Cup for the first time, while Nigeria have been to every World Cup since 1991.

The third place match between Cameroon and Mali on Friday ended in favour of the Indomitable Lionnesses securing them the third African slot. at the Women’s World Cup.

Nigeria by their victory exacted revenge on the South Africans who stunned them (1-0) in their opening game at AWCON 2018.

Highlight of my day.KgatlanaJnr11 is true baller.

Six goals at #TotalAWCON18, named Woman of the Tournament too.

Such a superb player. Good luck for the future. pic.twitter.com/BrMaVEtXrb

Total Woman of the match for Nigeria – South Africa [0-0] 4-3
No 17 of Nigeria : Francisca Ordega#TotalAWCON18 pic.twitter.com/te6cajKXTO

Some Nigeria music to top it up and josh2funny has brought out the dance moves.#TotalAWCON18 #FootballTogether pic.twitter.com/FqwUDfRaoM

Penalties to decide the final of #TotalAWCON18.

0-0 after 120 minutes between Nigeria and South Africa. #FootballTogether

SECOND EXTRA-TIME | The second extra-time of Nigeria – South Africa has started. 15 minutes to decide it all! #TotalAWCON18 #NGARSA pic.twitter.com/hrxoGcGpw1

Nigeria's second half penalty the big talking point but Banyana have dug in throughout.

The main highlight of the game so far has been the penalty miss on the part of Nigeria with skipper Assisat Oshoala unable to convert midway into the second half when Ordega was fouled by the opposing goalie. 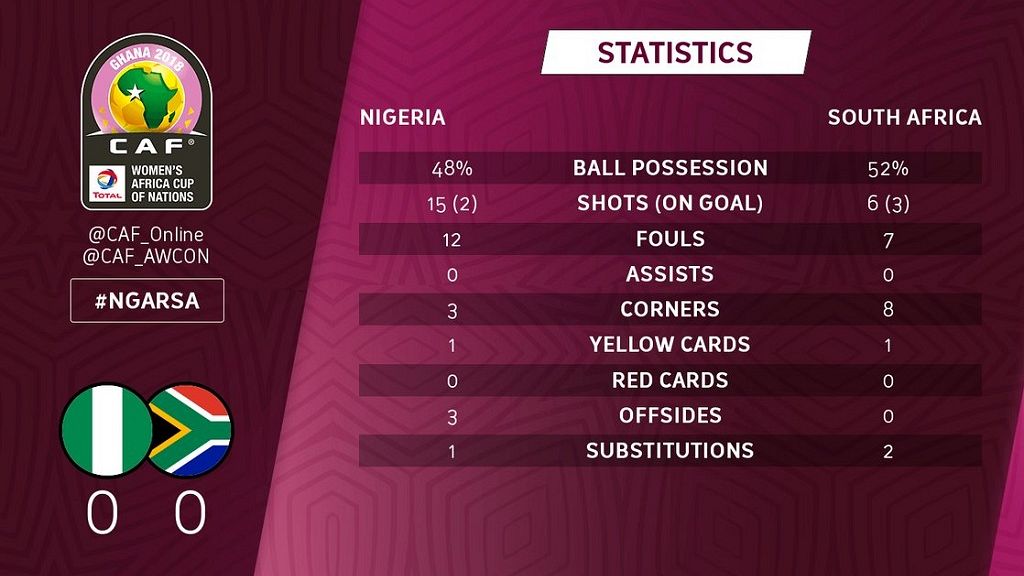 Political trivia: Where are presidents of both countries?

Nigeria’s President Muhammadu Buhari left Abuja Saturday morning for Poland to participate in the 24th session of the Conference of the Parties (COP24) under the UN Framework Convention on Climate Change, it takes place between December 2-4, 2018.

President Cyril Ramaphosa of South Africa is currently in the Argentinian capital Buenos Aires where he is attending the 2018 G20 summit. He spoke to the team ahead of the game, the presidency reported.

I had the pleasure of speaking to Banyana Banyana to congratulate them on their achievements and also wish them well as they battle Nigeria in the #AWCON2018 final. Let us rally behind our national team and give them all our support in bringing the cup home. They have been super. pic.twitter.com/9wQU5KbmKu

I think as in the opening Group B match between these two teams it could be something spectacular that separates them, 70 mins played still #SouthAfrica 0-0 #Nigeria #AWCONFinal18 #NGRRSA

Two things that seem to have been a common problem at this #AWCON18 – 1. poor final balls into the areas to create those clear chances 2. Poor goalkeeping. As always there are those exceptions… but not too many!

Sub for Nigeria: Rashida Ajibade goes off, Veronica Chinwendu in 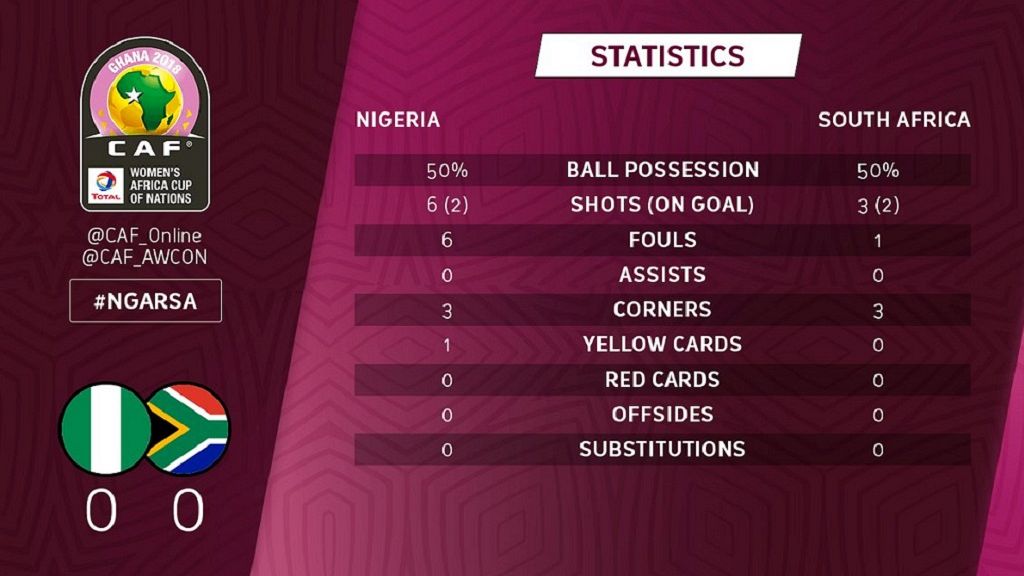 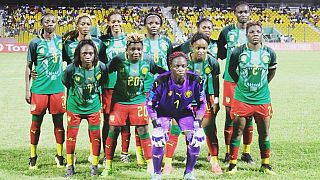 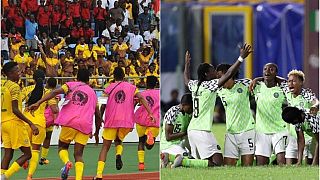 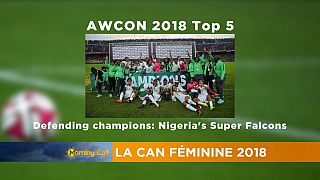