Eritrea must be pushed on urgent rights reforms: US Congressmen 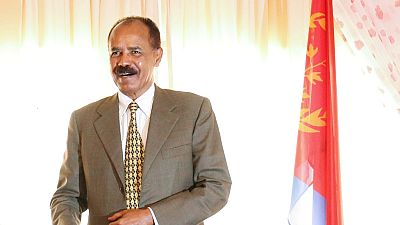 The co-chairs of the commission, Congressmen Randy Hultgren and James P. McGovern in a letter to the US Secretary of State, Mike Pompeo, said any reseting of relations between Asmara and Washington needed to be hinged to human rights reforms.

In a press release issued on November 19, 2018; the lawmakers also outlined four benchmarks Eritrea needed to adhere to in the wake of the warming of ties with neighbours in the Horn of Africa region.

The four were the resetting of Eritrea’s compulsory and indefinite national service. The need to halt persecution of people based on religion, the release of dissidents – be they journalists or politicians etc. and ensuring freedom of movement of Eritreans.

The United Kingdom’s Minister for Africa was recently asked about Eritrea’s human rights situation to which she said there had been no sign of change in the status quo. Asmara also jabbed Germany over its stance on human rights in the country.

Whiles the July 8, 2018 peace deal between Ethiopia and Eritrea ended two-decades of hostilities, Ethiopian Prime Minister Abiy Ahmed has been undertaking widespread reforms in the country whiles little has yet to change in Eritrea.

The government only recently celebrated the lifting of targeted sanctions by the United Nations Security Council. The lifting was made possible after the United States shifted its stance on the issue.

The bipartisan Tom Lantos Human Rights Commission was established by unanimous consent in the United States House of Representatives to promote, defend and advocate for international human rights.