Women in media and film celebrated at Discop 2018 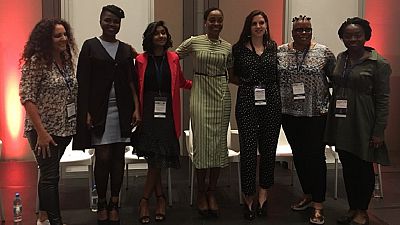 Leading media and film professionals on the continent on Wednesday brainstormed solutions for encouraging more female participation in the critical sector that shapes narratives through storytelling.

The Ladima Women of Influence Panel was hosted at the Discop 2018 event that brings together experts from Advertising and Information Agencies, Design-Studios and Mass-Media industry in Africa.

The Panel sought to assess the progress made by the media in shifting gender stereotypes, as set out by the United Nations in the Beijing Platform for Women twenty years ago.

Being intentional is measurable and so in a year or so, it would be nice to hear about the female source you featured on your story, the young woman you hired in your newsroom or the girls playing roles in your film.

Raziah Athman, the deputy editor-in-chief at Africanews, who was one of the panelists, said there is a need to be ‘intentional about empowering women through media’.

‘‘Being intentional is measurable and so in a year or so, it would be nice to hear about the female source you featured on your story, the young woman you hired in your newsroom or the girls playing roles in your film…,’‘ said Athman.

While women represent more than half of the world’s population, research spanning more than 100 countries found that only 6% of news stories, in radio, print and television, highlight gender equality. On the contrary, up to 46% of stories told by the media uphold gender stereotypes.

While a global study spanning more than 522 news media organisations found that men still occupy 73% of top media management positions, at Africanews, competent, female journalists have been empowered to lead.

The channel’s editor-in-chief, Nathalie Wakam and her deputy Raziah are both women, leading a diverse group of both male and female journalists from multiple African countries.

[Interview] Africanews 2: Review of the year and prospects for the future https://t.co/VOml35oFwr

From behind the scenes to front of cameras... #DayoftheGirl pic.twitter.com/oKv2sot2il

The channel’s female journalists also participate in mentorship programs with school-going girls in the community, through events like the annual International Women’s Day, with an aim of inspiring them to exploit their talents and excel in their career pursuits.

READ MORE: Congolese school girls tell Africanews gender equality is a must at the workplace

Raziah also shared the vision of Africanews, the continent’s only bi-lingual Pan-African news channel, with the thousands of participants at the event.

We want Africanews in your homes... 24/7. We are growing fast, no kidding. Come to our DISCOP booth NOW in Johannesburg to understand content and the numbers from Jean-luc, Sylvie and I pic.twitter.com/WrDuYWiQnk

africanews , your pan-African channel is at #DISCOP2018 in Johannesburg, South Africa. We provide 24-hour news coverage in sub-Saharan Africa and worldwide in French and English.RazAthman and her team are on spot to feed you with more infos. pic.twitter.com/PgVCbvAFAi 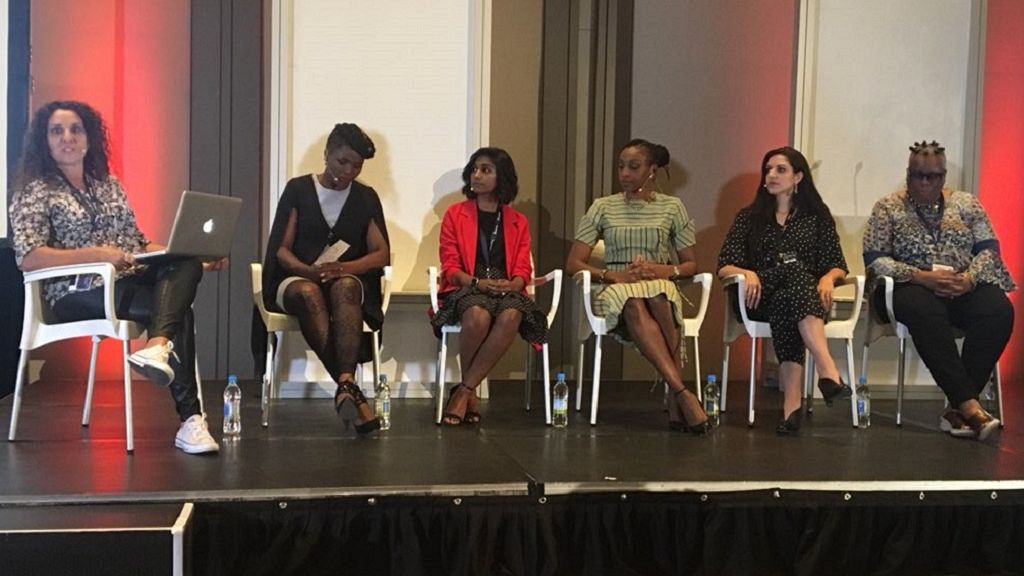 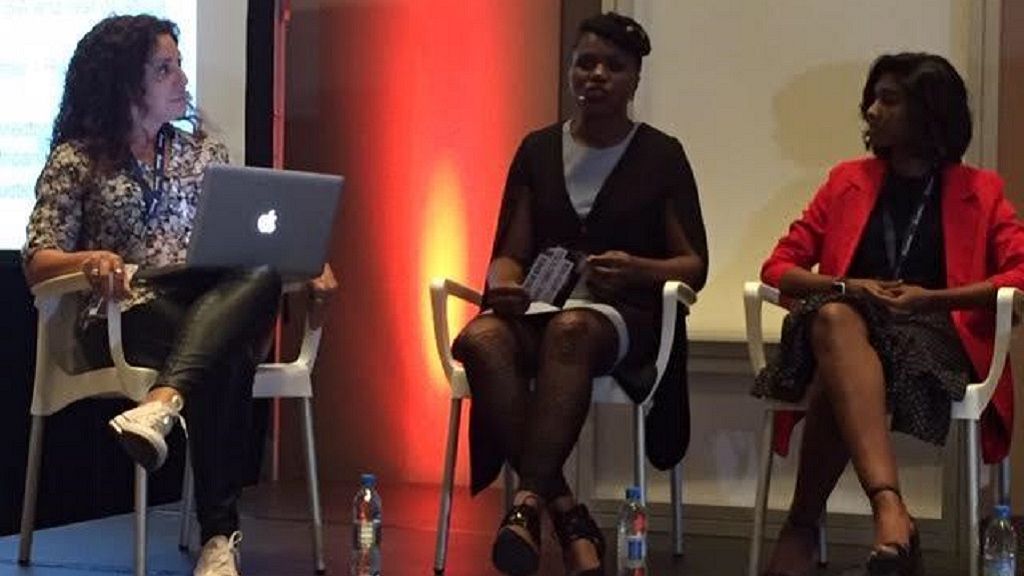 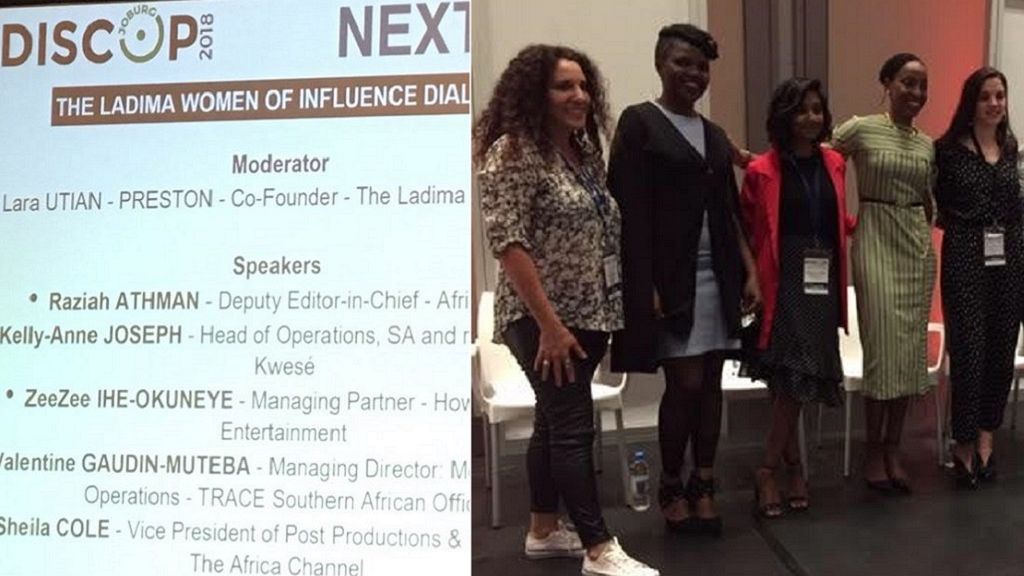