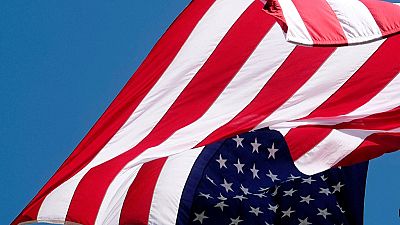 The United States on Friday appointed Peter Pham as the U.S. special envoy for Africa’s Great Lakes Region, charging him with coordinating the country’s agenda on security, political, and economic issues in the restive region.

Pham, director of the Africa Center at the Atlantic Council think tank, will coordinate U.S. policy in the region, with an emphasis on strengthening democratic institutions and the safe return of refugees and displaced persons, the department said in a statement.

The statement says Pham will work in close coordination with Assistant Secretary for African Affairs, Tibor Nagy, while the ambassadors in the countries in the region handle bilateral relations.

Few, if any, Americans enjoy greater trust and respect among our African partners.

The United States is keen to protect its interest in the DRC, where the country currently has a relatively rocky relationship president Joseph Kabila’s government.

In July, president Kabila’s decision to cancel a planned visit by then U.S. Ambassador to the United Nations Nikki Haley, caused controversy.

Kabila is also yet to accept the credentials of Mike Hammer, a career diplomat, was sworn in as the new U.S. ambassador to Congo, in September.

Concerning DRC, Pham in 2012, controversially suggested that the large and populous country is divided, as a possible means of achieving lasting peace.

In an 2012 opinion piece in The New York Times headlined “To Save Congo, Let it Fall Apart,” Pham said the world could then devote scarce resources to humanitarian relief and development instead of preserving the country’s unity.

The United States has repeatedly warned Kabila to guarantee a peaceful and smooth transition of power, when elections to replace him are held in December.

Dr. Pham serves as Vice President and Director of the Africa Center at the Atlantic Council.

‘‘No one has greater passion for the people and the opportunities that exist in those relationships. Few, if any, Americans enjoy greater trust and respect among our African partners,’‘ read part of a statement released by Atlantic Council on Pham’s appointment.

Pham was also an associate professor of Africana studies at James Madison University, where he was director of the Nelson Institute for International and Public Affairs; and on the Senior Advisory Group of the U.S. Africa Command.