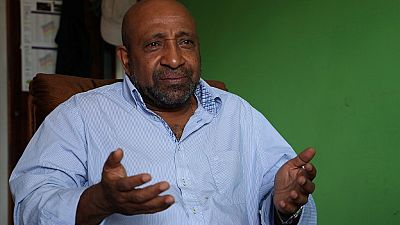 Ethiopian opposition leader, Bernahu Nega, who recently returned from his rebel base in Eritrea, says the country is faced with its ‘last opportunity’ to reform.

Berhanu, who granted an interview to Reuters news agency said while, his supporters are enthusiastic and confident about the ongoing change, he is weighed down by a “feeling of numbness” given the scale of problems facing Ethiopia.

“We’ve screwed two changes,”, he said, referring to 1974, when members of the military toppled Emperor Haile Selassie, and 1991, when rebels deposed the military regime.

At the macro level, change always generates this unsettled feeling. There’s a lot of anxiety.

“If we screw this one, then that’s it. I really don’t believe we have another chance.”

Abiy has indeed rolled out political, economic and diplomatic reforms, that have been strong enough to compel rebel groups like Bernahu’s Ginbot 7 to call off armed rebelllion and pursue a peaceful struggle.

Below are key issues addressed by Berhanu, a former economics professor, about Ethiopia’s fortunes.

Berhanu says Abiy has quickly resolved the tensions that rocked the country for the past two years, threatening to boil over into a civil war.

“Seven, eight months ago the question was whether the country is going to survive or not, whether it’s going to explode into a civil war,” Berhanu, 59, told Reuters in a borrowed office in central Addis Ababa.

Having moved to Eritrea’s capital Asmara in 2014, to lead Ginbot 7’s armed rebellion against the ‘brutal EPRDF’ regime, Berhanu ordered an end to the armed struggle a few months after Abiy took office.

“It did not take us a minute… We have no particular interests in violence. We just said: ‘Are you serious, is this something you are committed to? Yes, good, we are done’.”

Ethiopia’s new leader, Berhanu said, “really has this mission of changing society toward what he believes the public deserves: to live in freedom and democracy.”

While Abiy’s reforms have opened up some political space, allowing politicians such as Berhanu to return home and hold rallies, some in the ruling EPRDF worry that loosening the state’s iron grip has created a security vacuum.

Berhanu believes a certain level of disorder is inevitable.

“At the macro level, change always generates this unsettled feeling. There’s a lot of anxiety,” he said, referring to the ethnic violence that has displaced one million Ethiopians in the seven months since Abiy took office.

Berhanu has severally urged his supporters to remain calm, saying ‘it is everyone’s responsibility to work toward some kind of stability… a basic peaceful environment’.

Berhanu, who contested in the disputed 2005 elections, and was therafter jailed for protesting the results, says he hopes society can begin discussing how to change laws and rebuild institutions – critical tasks if elections, due in 2020, are to be credible.

Abiy has pledged to deliver a credible election and smooth transition if the ruling coalition loses.

On the issue of whether Ethiopia should continue with the ethnic-based federal structure Ethiopia’s ruling coalition set up 27 years ago, Berhanu said ‘the long term political arrangement is too sensitive to discuss now’.

A European diplomat told Reuters it would come down to ‘Ethiopian nationalism vs ethno nationalism’.

Freedoms in Eritrea vs Ethiopia

Berhanu, who operated from Eritrea for three years and even travelled an Eritrean passport and U.S. green card to visit his family in the U.S., says his movements in Ethiopia are still restricted.

“I’m very restricted in my own movements,” he said, following the government’s orders to exercise caution in public for his own safety.

“I am having a hard time living with (this). This is the price we pay for now, but it should not last”.