Cameroon president Paul Biya has appealed to young people engaged in separatist activities in the country’s Anglophone regions to abandon what he said was a “futile adventures.”

What has become known as the Anglophone crisis, was a mainstay of his inaugural address as he took his seventh oath of office on Tuesday following a disputed poll victory. Elections were held on October 7.

Early on in his address before a joint sitting of the legislative chambers and the Constitutional Court, Biya spoke about security, lauding state forces for rooting out Boko Haram insurgents in the country’s north with cooperation from other affected nations.

These war-mongers who are jeopardizing our national unity and preaching secession should know that they will face not only the full force of the law, but also the determination of our defence and security forces.

He continued: “Then, in the North-West and South-West Regions, negative forces thought they could take advantage of socio-professional grievances to try to roll out a secessionist agenda.

“This was followed by successive acts of terrorist violence to which the Government responded by taking the necessary measures to ensure public law and order, as well the safety of people and their property. It is obvious that the secessionist ambition undermines our Constitution which establishes the “indivisible” nature of our Republic.

“On the other hand, our population’s repeated desire to be more closely involved in the management of their local affairs prompted us to take necessary measures to fast-track the decentralization process,” he stated.

After detailing economic and social triumphs, challenges and prospects, the 85-year-old leader returned to the issue of the Anglophone crisis expanding on the issue and slamming groups behind the crisis.

He also stated that people in the region were yearning for a return to normalcy, something his government was bent on critically pursuing. He described secessionists as “war-mongers” adding that he will do all it takes to restore peace and calm in the two regions.

“It is our hope that this will restore calm that is indispensable for a return to normalcy and usual economic activity. I am deeply convinced that the overwhelming majority of our compatriots in the two regions concerned aspire to a rapid return to peace within the national community.

“Unfortunately, as a result of the threats that the secessionists keep brandishing in this part of our country, many of them were unable to exercise their right to vote during the recent presidential election and thereby express their attachment to our national unity.

“I call on them not to lose hope and to lend all possible support to the action of the authorities aimed at restoring peace. They know, better than anyone, what their life would be like under the yoke of extremists who have been spreading terror and desolation in their regions for some months now.

“These war-mongers who are jeopardizing our national unity and preaching secession should know that they will face not only the full force of the law, but also the determination of our defence and security forces.

I am calling on them to lay down their arms and get back on the right track. I am appealing particularly to youths who got involved in a futile adventure. I have no doubt whatsoever that the destiny of our compatriots in the North-West and South-West lies within our Republic.

“With the support of the Cameroonian people as a whole and convinced that there is an honourable way out in everyone’s interest, I will strive to restore peace and calm in the two regions concerned, with due respect for the institutions of which I am guarantor,” he added. 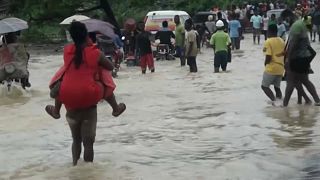 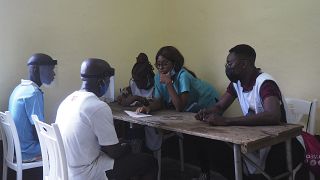