A Christian missionary from Indiana was killed in Cameroon on Tuesday when he was shot while traveling in a region where the military and separatists have been fighting, a family member said.

The U.S. State Department confirmed on Tuesday that an American citizen had been killed in Cameroon and said it was offering all appropriate consular assistance to the family, but provided no further details about the person.

Charles Wesco, a 44-year-old Baptist missionary, had been in Cameroon for less than two weeks when he was killed, his sister-in-law, Joy Williams, said.

He was shot in a region of northwest Cameroon where the military has been fighting English-speaking separatists who want to break away from the predominantly Francophone central government and create an independent state called Ambazonia.

The conflict has killed hundreds of people since last year and has emerged as Cameroon President Paul Biya’s greatest security problem in nearly four decades in power.

Biya won election to a seventh term earlier this month.

The American missionary was traveling in a vehicle with his wife, one of his children and another missionary, heading toward the town of Bamenda, when a soldier shot him several times in the head, Williams said by phone from the United States.

Aside from Wesco, no one else in the vehicle was struck by gunfire during the ambush, Williams said, and the family was unsure if the soldier was with the country’s military or the separatists.

Wesco, who lived in Warsaw, Indiana, and belonged to a local Baptist church there, had been a piano tuner before becoming a missionary, Williams said. He is survived by eight children, she said.

The Wesco family had originally planned to move to Cameroon in August but had delayed their mission because of the unrest, she said. “They were aware of the danger,” she said. 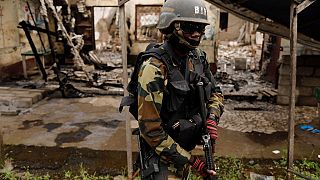 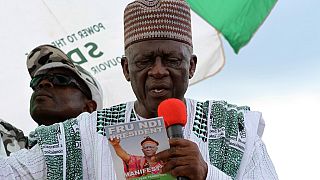