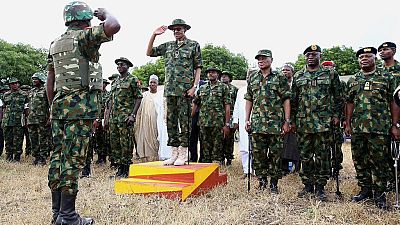 Nigerian president Muhammadu Buhari says the country has made significant strides in the fight against terrorism specifically the Boko Haram group.

He said, people living in the country’s Northeast were best placed to attest to gains made in the fight against terrorism.

“In security, the people of the Northeast are in the best position to comment on the gains we have made in the fight against terrorism. They lost local LGAs Boko Haram, schools and roads were closed, commercial flights halted, and religious festivals observed in fear and terror,” Buhari said in a tweet on Friday.

The Northeast specifically Borno State is the epicenter of the Boko Haram crisis which was born there. Thousands have been killed and millions displaced in an insurgency that has affected the entire Lake Chad region – Nigeria, northern Cameroon and parts of Chad and Niger.

Buhari rose to power in 2015 defeating the then incumbent Goodluck Jonathan. A key plank of his campaign was to secure the country from Boko Haram who at the time were holding local government areas in Borno.

Buhari also promised to revive a slumping economy and fight against rampant corruption. The Nigerian economy has gone into and come out of recession under Buhari. Opposition parties have dismissed the anti-corruption fight as one reduced to political witch hunt.

Aside security, the president who is gunning for a second and final term also spoke about infrastructure efforts by his government – specifically touching on rail transport and power sectors.

“We are connecting every part of Nigeria by standard-gauge rail. We‘re upgrading roads, highways,airports around the country. Our efforts in Power generation, transmission, distribution are yielding fruit. All of these are in fulfillment of our promise to invest in infrastructure,” he said.