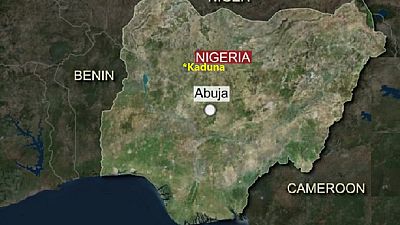 The Kaduna State government in northern Nigeria has reinstated a 24-hour curfew that was relaxed days ago. The ne situation curfew took effect from 11am on October 26, 2018 and will remain in force until further notice.

Affected areas include the Kaduna metropolis and environs, Kasuwan Magani, Kajuru, Kateri and Kachia, a statement released on Friday read.

“This is a necessary step to help maintain peace as we mourn the death of HRH Agom Adara, who we lost in the early hours of tofay to the criminals who abducted him last week.

“The Kaduna State Government calls for calm in all our communities. The criminal elements who perpetrated this crime should not be allowed to divide us,” the statement added.

The state government further tasked people to see the measure as one between forces of division and well meaning citizens. It called for unity to repel what it called criminal activity of persons seeking to sow seeds of discord.

The government imposed a full curfew last week in the wake of incidents that claimed the lives of over 50 people. The measure was reviewd on Wednesday to the status of a dawn to dusk curfew.

The statement announcing the review had hinted of a reimposition if need be, it read: The Security Council advises that there will be no hesitation to reimpose a 24-hour curfew in the event of any breach of the peace.