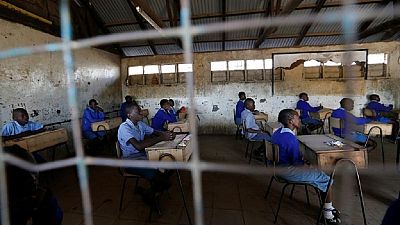 The Ministry of General Education in Zambia announced the cancellation of a mathematics examination after reports that the questions had leaked and were being zipped around on social media.

Dora Siliya, Information Minister and government spokesperson confirmd via Twitter that the Grade 9 mathematics paper 2 had been postponed indefinitely.

She added that investigations had been opened to ascertain how the questions were leaked before the day of the exams.

“The Education Minister announced today in Parliament that Grade 9 mathematics paper 2 examination has been postponed till further notice due to leakage of the same, circulating online. Investigations have since been instituted,” her tweet read.

Reports in local media said the ministry had received notification on Monday evening that the yet to be written paper had been posted online.

The Zambia News 24 adds that other papers had been suspended for the same reasons, Grade seven and 12 examinations.

It added that relevant authorities informed the presidency and after checks it was verified that the circulating material was indeed the paper slated to have been taken on Tuesday, October 23.

Minister of General Education David Mabumba whiles confirming the cancellation reiterated that a probe will be held and that all persons involved will be brought to book regardless of the methods that they used in the act.

The Examination Council of Zambia, ECZ, was allowed to nullify the leaked Mathematics paper in accordance with the ECZ Act Chapter 137 of the Laws of Zambia, the Minister added.

Examinations have been at the heart of internet outages in some African countries among others Algeria and Ethiopia, the reason has been to curtail incidence of cheating. Elsewhere the outages have been for political and national security reasons especially during elections.