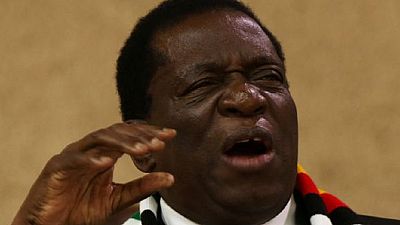 Zimbabwe president Emmerson Mnangagwa has expressed his view on death penalty stressing that it was an affront to human dignity.

“I wholeheartedly agree,” he quoted a tweet by the European Union, EU, in Zimbabwe which read: “The death penalty is an affront to human dignity. It constitutes cruel, inhuman and degrading treatment and is contrary to the right to life.

The death penalty has no established deterrent effect and it makes judicial errors irreversible.” The EU issued a statement on the European and World Day against the Death Penalty. It stressed the Council of Europe and EU’s strong opposition to capital punishment in all circumstances and for all cases.

“Let’s restore the death penalty. People are playing with death by killing each other. Is this why we liberated this country? We want this country to be a peaceful and happy nation, not a country with people who kill each other,” the words of former president Robert Mugabe in November 2017.

The 94-year-old was at the time speaking at the funeral of a political ally, Don Muvuti, in the capital Harare.

Reports indicate that the country in 2017 had over 90 prisoners on death row. Rights groups have increasingly called for the death penalty to be scrapped from the law books across the world.

Most African countries only have them sitting on the books but hardly implement them. Nigeria’s Lagos State have mooted death sentence for kidnappers after a spike in the cases.

In Tanzania, however, President Magufuli was quoted as saying even though it was on the books, he will not be in a position to sign death warrant of convicts.

“I know there are people who convicted of murder and waiting for death penalty, but please don’t bring the list to me for decision because I know how difficult it is to execute,” he said.