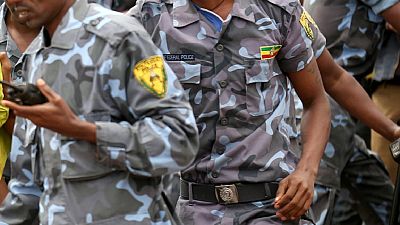 The policeman who fired on his colleagues was also shot dead, Federal Police Commissioner Zeynu Jemal was quoted by Fana as saying. The attacker was intoxicated with alcohol at the time, Zeynu said.

Zeynu made no mention of any possible ethnic motivation behind the shooting, which comes after an escalation of ethnically-charged violence in Ethiopia.

Roads in the central district of Bole where the shootout occurred were blocked off, residents said, but by 0630 GMT, calm appeared to have returned to the area, they said.